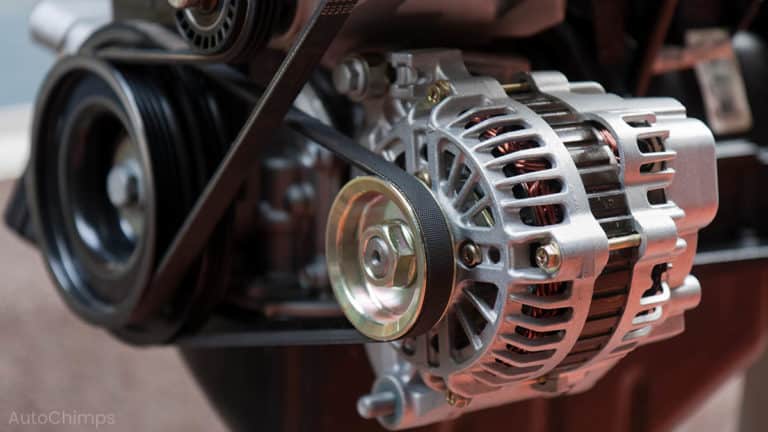 Picture this: it’s early morning, you’ve finished getting ready for work and are headed out to your car.

As you put the key in the ignition and turn it, it doesn’t seem to want to start.

Should you call the office to let them know you might be running late?

You decide to try one more time, and thankfully, after a few seconds, it cranks over.

The weather is a bit chilly, so you decide to turn on the heater, when all of a sudden, your lights flicker and dim. OK, that’s odd!

As you navigate your way out of the driveway, you notice a faint whining noise coming from behind the dash. Then, out of nowhere, the battery indicator light appears.

It sounds like you might have an issue with your alternator. If you didn’t know, an alternator is in charge of supplying your car with power. It ensures things like your heater, power steering, and lights have enough juice to function.

How much does an alternator repair cost?

It depends if a repair is possible. If not, you’ll have to have it replaced, which can run between $500 to $1,000 (including parts and labor). Otherwise, for something simple like replacing an alternator belt, expect to pay about $100-$150 (not including diagnosis).

Thankfully, in this guide, we will cover this in more detail. We will start by reviewing how an alternator works.

Then, we will examine a few of the most common symptoms that suggest there might be an issue with it, as well as how to test it yourself at home. Lastly, we’ll go over the exact costs associated with alternator repairs.

Let’s get the essentials down first.

How An Alternator Works

Simply put, an alternator converts mechanical energy, which is made by your engine, into electrical energy.

Components like your AC, power steering, power windows, and radio can’t run on mechanical energy. Instead, they need electricity, which is why the alternator is crucial.

You might think your battery handles this, but in truth, it’s only in charge of getting your car started in the first place. This means that the battery starts the engine, and the alternator keeps it going.

The main components of an alternator include the following:

The rotor and stator work via a belt connected to your crankshaft. As the crankshaft rotates, it causes the rotor to spin within the stator. This creates a magnetic field that results in an electrical current being made.

The diode assembly receives that electricity and converts it from AC (alternating current) to DC (direct current). This is then directed outwards to power the various components of your vehicle.

You can think of the voltage regulator as basically a surge protector for the alternator, controlling the amount of power it creates. If there’s too much electricity being sent, it can damage the different components. Yet, if there’s not enough, they won’t be able to operate.

If any of these parts has an issue, it will compromise the ability of your alternator to continue functioning.

This means your car will have problems starting due to a battery not being charged. Not only that, but your electrical components won’t receive the power they need to operate.

Now that you understand the basics behind how an alternator does what it does. Let’s look at a few symptoms that suggest it’s having issues.

Symptoms Of A Faulty Alternator

Your Car Has Trouble Starting

As we mentioned earlier, the battery is in charge of starting the engine in the first place, and the alternator keeps it running.

However, the alternator also replenishes the battery, preventing it from becoming drained.

If you notice a clicking sound after turning the key, you need to determine which is faulty. Thankfully, we’ll discuss how to do so in the next section.

Remember, the alternator has a significant job; it powers all of the electrical components in your vehicle.

For this reason, if there’s an issue with it, it won’t be able to continue doing so.

Watch for signs that suggest it’s struggling to keep up.

Some of these include your power windows rolling up or down slower than usual or dim or flickering headlights or dash lights.

As stated previously, your alternator runs off a belt that’s connected to the crankshaft. If you notice a whining or growling sound coming from under the hood, it signals there might be an issue with the system. These include damaged or misaligned belts or worn bearings.

One of the most obvious signs of an issue with your charging system is if an indicator light in the shape of a battery lights up.

While it doesn’t necessarily point to the alternator, it does suggest it.

The first step when this happens is to determine where the problem is coming from, whether it’s the battery or alternator.

Speaking of diagnosing the cause. Let’s look at how to test both your alternator and battery for issues. This is crucial to know since replacing a battery carries significantly less of a cost than alternator repairs.

How To Test If An Alternator Is Working Correctly

For either of these tests, you’ll first need to have a multimeter, which is used to measure the voltage, current, and resistance. These can run for anywhere between $15 for a basic multimeter and as much as $100 for one with more functions.

For this test, an entry-level unit will suffice just fine.

A multimeter will have two probes, a red one, and a black.

Start by connecting the red side to the positive battery terminal and the black to the negative terminal (they will be marked by a plus or minus).

12.6V is the magic number, which should not drop far below this range.

Anything below 12.2 means your battery is only half-charged. If it is far above, then there is a problem that may lead to a blown alternator or battery.

If it is low, unhook the battery from the car and attach it to a charger. Once full, disconnect it from the charger and let it sit overnight. Test it again in the morning, and if it’s still low, you’ve got yourself a bad battery.

First, start your engine since this is when the alternator is functioning. Next, connect the multimeter probes to your battery, similar to the previous test.

Anything outside this range means your alternator is not functioning correctly. In this case, you will need to either repair or replace it.

Now that you know how to determine where the issue is coming from. Let’s get down to the costs of an alternator repair or replacement.

The typical hourly rate runs between $50 at a smaller garage to about $100 at a dealership.

Then there’s the diagnostic fee of about $80-$120, though some may charge a bit more.

Thankfully, either a new one or a refurbished one should come with a warranty.

Used alternators carry more risk and, realistically, can either already have an issue or go out at any minute.

The cost of the three options typically ranges from about $300 to $500. The replacement itself should only take about 2 hours. Add this all together, and you have a total cost for an alternator replacement of between $500 to $950.

Regarding repairs, sometimes all that’s needed is a new belt or to clean connecting points.

In this case, you still pay the diagnostic fee and hourly rate, which should total a few hundred dollars, depending on the make and model of your car.

You should now have everything you need to determine whether you need an alternator repair or replacement.

The last thing you want is to spend a chunk of change on a new one when the issue is something else, like a bad battery.

Additionally, knowing the usual cost range ensures you don’t get overcharged at a shop. 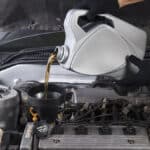