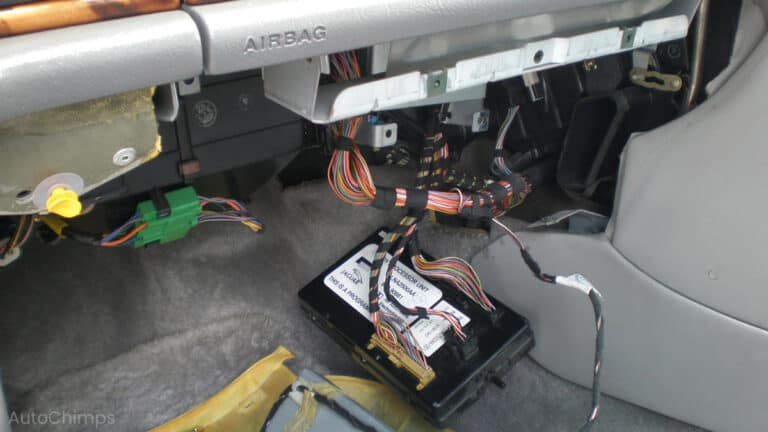 The BCM controls a wide range of systems in the car. It’s responsible for most things outside of the drivetrain.

As with every component of your car, things can go wrong. When this happens, they need fixing – don’t leave it and wait for it to get worse!

In this guide, I will walk you through the most obvious symptoms of a bad Body Control Module.

First, it’s essential to know what the BCM does and why it goes wrong, so I will start by explaining what a BCM is.

What Is A BCM (Body Control Module)?

The Body Control Module is one of the tens (or hundreds, in modern cars) of modules making up the ECU. The Electronic Control Unit oversees every little function in your vehicle.

The BCM can be (very broadly) described as the module responsible for most of the non-drivetrain functions. These include:

The BCM takes readings to and from these devices. It shares these with all the other modules to calculate things like alternator output.

Why Does A BCM Go Bad?

When a BCM goes bad, it’s usually down to the following:

If it’s down to a manufacturer’s fault, there may or may not be an official Service Bulletin and Recall ID.

These are more common than you might expect, but that doesn’t mean every problem is the brand’s fault. Not directly, at least.

One of the most critical parts of ECU design is ensuring there’s no way for water to get in. As an efficient conductor, water will short-circuit the modules, causing damage. This damage, in turn, prevents certain things from working.

Bad connections lead to a BCM going bad for the same reasons. The circuit carrying the electrical charge is intermittent and inefficient. This leads to varying currents, inconsistent readings, and strange outputs. Over time, it could also do damage.

It’s difficult to pin down symptoms of a bad BCM. You could notice almost anything.

If you’d like a vague overview, watch out for any unexplained problems with any component controlled by the BCM.

Don’t forget, these include any electrically-operated part apart from the engine- and transmission-related components. Check out that list in the first section.

That said, here are a few things for you to watch out for.

Faults with the BCM will almost certainly result in strange behavior from the relevant components. Here are a few examples.

What you might think of as being nothing more than a faulty motor or bad ground could be a bad BCM. Unfortunately, you might not notice this until you’ve replaced the part, only to find the problem persists.

It’s not altogether uncommon for a customer to take their car to a mechanic for a new bulb or wiper motor, only to learn that they need $1,000 worth of ECU work.

All old batteries lose their ability to hold a charge. If you need to jump-start your car every day, it might be as simple as getting a new one.

However, the fault could rest with the BCM. It’s a common problem for the Body Control Module to cause a parasitic drain.

In short, a parasitic drain is when a component stays on when it should turn off with the car.

It’s not just the BCM that causes them – any electrical circuit might – but it’s most often related. The module might continue to power an internal light indefinitely, for example.

Parasitic drains can completely drain your battery in a matter of hours. That’s very bad for it.

If you notice that your new battery is often flat, take your car to a mechanic. You should get a new battery if it’s in bad condition.

While they replace it, for some in-depth ECU diagnosis, you might need to go to an automotive electrician directly.

When the BCM goes bad, it might affect the manufacturer’s pre-installed anti-theft system.

Any of the following (and more) could happen:

These both stem from the fact that the ECU doesn’t recognize the key’s relationship with the car. As a result, it defaults to its anti-theft setting (whatever that entails explicitly).

Since the Body Control Module is also responsible for running the access systems, you might notice problems here, too.

For example, the doors might lock or unlock at random intervals. Another common problem is the doors re-locking immediately after you press UNLOCK.

It’s not just keyed systems, too. Keyless entry might stop working or sound the alarm when you open the door.

If you notice any kind of strange problem, there’s an electrical issue somewhere – without a doubt. This problem might rest with the BCM.

Is It Safe To Drive If I Have A Bad BCM?

It isn’t safe to drive with a bad Body Control Module.

This isn’t because of any imminent drivetrain failure. The BCM communicates with the ECM and TCM but doesn’t influence them much.

Instead, you might find that certain lights suddenly stop working. Without brake lights, someone behind you could crash into you. An accident is likely if your headlights turn off as you drive through fog or darkness. Windshield wipers might not work in the rain, and so on.

For this reason, it’s best to have your car towed to an automotive electrician if you have reason to suspect a bad BCM.

There are three possible ways your bad BCM might be repaired. In order of costliness, these are:

If there’s nothing more than a glitch in the BCM, a reset might fix it. Each manufacturer designs a “reset” option into its operating systems.

It’s essential to follow the official recommended advice here. If you don’t, you might inadvertently do some much more severe damage.

In most cases, it involves disconnecting the battery or removing a fuse for a specific length of time.

It’s best to leave it to the mechanic. They will do it carefully and safely.

In this case, you should only have to pay a diagnosis fee. In total, it should be less than $100.

In most cases, you don’t need a brand-new module unless it’s been physically damaged.

If resetting the car didn’t work, you might need to get the BCM reprogrammed.

To do this, an automotive electrician hooks up to your car and checks for errors. These need to be fixed, and the source of the problem also needs to be found and adjusted.

The only cost here is labor. But it’s quite a lot of specialist labor, so you should expect the final price to come to $300 to $600. It could be more, depending on how severe the problem is.

If the BCM has been physically damaged (by any number of things), you need a new unit.

The following could cause damage to the unit:

On average, a new BCM unit costs around $400 in parts. Add another $200 to $300 for labor. This includes both installation and software downloads.

A bad BCM module isn’t the best prognosis, and it can be challenging to spot. However, it should be a relatively simple fix once you’ve zeroed in on the problem.

The issue here isn’t really the bad BCM itself – it’s what caused it. Yes, you’ve paid a significant sum for a new one, but will the problem happen again?

That’s why it’s crucial to use automotive electricians – specialists who know their way around a car’s electrical system.

They’re your best bet for not just fixing but solving your BCM problem. 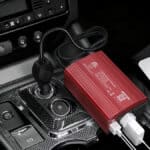 Are Power Inverters Bad For Your Car?