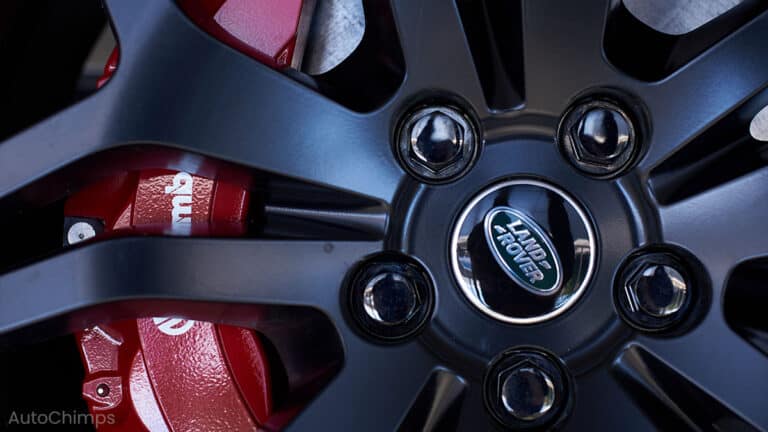 A brake caliper replacement cost could be between $250 and $600 per affected wheel. This includes labor but varies depending on the vehicle.

Brake calipers are responsible for squeezing the pads onto the rotor (or disc). This applies friction and brings the car to a halt. It’s quite serious when one fails, especially at the front, since your stopping power will be impeded.

Brake calipers operate using brake fluid (DOT 3 and DOT 4 being the most common). A series of pipes, hoses, and a servo transfer your action (pushing the brake pedal) to the wheels.

This guide will briefly explain what brake calipers are, how they work, why it’s essential to get new ones, and, importantly, the average cost of brake caliper replacement.

What Is A Brake Caliper?

In the simplest model, a single-piston floating caliper, you push the pedal in your car. A piston is driven forwards in the brake servo. The servo multiplies the force you apply, making the vehicle much easier to control.

From here, the brake fluid, already filling the system of pipes and hoses, is squeezed a small distance to apply pressure to the calipers. Each wheel with disc brakes has one caliper. In modern cars, the front wheels, at the very least, will have them – the rear wheels may or may not.

In the caliper, the brake fluid forces a piston to push into the brake pad in front of it. The pad then moves into the spinning rotor face. This applies friction and slows the rotational movement of the wheels. This action then pulls the other brake pad (on the outside) into contact with the face.

The piston immediately pulls back when you release the pedal. It returns to its resting position, allowing the wheel to spin unimpeded.

Some brake calipers have two pistons, one on each of the rotor’s inside and outside (inboard and outboard). These have increased stopping power but aren’t necessary for most daily drivers.

Some modern performance cars have two or three pistons on each side. These increase the stopping power (more pistons = more force) and bring a heavier or faster vehicle to a stop faster.

When brake calipers stop working, it’s almost always due to a seized piston. That is, the piston either won’t push out into the wheel (so it can’t brake), or it gets stuck in its active position. In the latter case, the brake is effectively always on.

How Do You Fix A Seized Brake Caliper?

Fixing a seized brake caliper usually requires replacing it with a new part. This is down to finances rather than sustainability. The customer’s cost for replacing one brake caliper is generally less than the labor rate a mechanic would charge to disassemble, fix, and reassemble the part.

Taking a brake caliper apart may also void the warranty and put them at risk of a lawsuit if something goes wrong. As such, auto shops usually prefer to swap the caliper out for a new one with a working piston.

However, you’ll probably be able to find some technicians willing to use repair kits. They’ll bleed the caliper and replace the seals. Often, this releases the piston, and your brakes will work as well as new ones.

As mentioned, repairing does come with its risks. If you want to follow this route, seized brake caliper repair costs generally come to around $250 to $350. On average (not in every case), this is lower than replacement brake caliper prices.

Of course, the technician could find a scored or warped piston or terminally damaged housing, meaning you need a new part after all.

How Much Does A Brake Caliper Cost?

The average cost of brake caliper replacement varies from vehicle to vehicle. The price of the part alone depends on the vehicle’s popularity and how easy it is to source. Labor rates can also be high if the caliper is notoriously challenging to work with. The opposite is also true, of course.

The caliper itself – the part alone – shouldn’t be more than $125 (and this would be for a premium model). Average quality parts on standard cars are more likely to come to between $75 and $100.

Next, you have to add on labor costs. These vary depending on where you’re from. However, they’ll probably come to between $80 and $100 per hour (as a nationwide approximation). Statistics say a caliper replacement can take up to three hours, but this is an extreme case. It shouldn’t take most skilled technicians longer than one to two hours to complete the job.

For an average car, you should expect to pay around $300.

The following factors can drive the price up:

You could replace a caliper yourself if you have the right technical experience, tools, and know-how. However, if you’re unsure or unable to get an expert to help, it’s better to leave it to the professionals. These are your brakes, after all. They must work!

In this situation, you’ll only need to pay for the part and any extra tools you need (such as spanners, a breaker bar, torque wrench, wheel nut sockets, hose clamps, grips, something to bleed the brakes, and so on).

A front caliper replacement cost tends to be similar to the rear. The rear brakes don’t need to be as powerful as the fronts. As such, the calipers, rotors, and pads are often smaller and less technical, reducing the price.

However, labor costs are usually higher for the back wheels. The handbrake/parking brake is linked to these wheels, so there are more things for a technician to sort before they finish. Spending more time means you have to pay more for labor.

Overall, the rear caliper replacement costs will be more or less the same as the fronts.

Can I Replace Just One Brake Caliper?

You can technically replace just one, but it’s better to change both sides simultaneously when it comes to brakes. If you don’t, you might end up with a brake imbalance across an axle, causing you to veer off to either the left or right under braking.

If your car has four disc brakes, you shouldn’t need to replace all of them – only the two across the affected axle.

When replacing two brake calipers, you’ll need to double the above prices. The total costs will likely be between $500 and $1,000.

As you might realize, replacing brake calipers can be expensive. However, unfortunately, it’s imperative. Neglecting the brakes can be severely dangerous to yourself, your passengers, and other road users.

If you do find a seized brake caliper, get it fixed immediately. If at all possible, replace the caliper on the opposite wheel too.

You might be able to work on this yourself or ask a competent friend to help. Otherwise, you’ll need to take your car (driving gently) to your local auto shop. 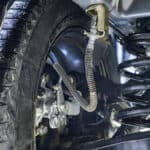