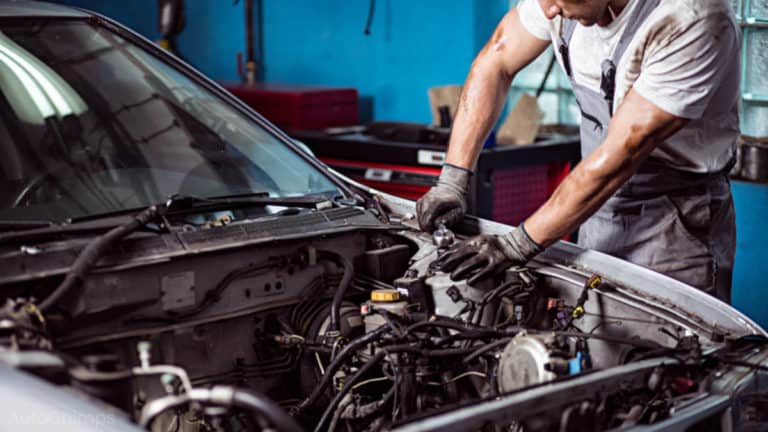 Uh oh – if you’re already questioning if you need to rebuild your engine, you must have experienced some pretty severe symptoms.

Thankfully, an engine rebuild can be a great, less costly alternative to an engine replacement.

How much does it cost to rebuild an engine?

One of the main factors is the car’s make and model. The more common it is, the less the parts are likely to cost.

The complexity of the engine also matters, as well as which parts are salvageable. Regardless, the average cost of an engine rebuild sits around $2,500-$4,500.

Does that sound like a lot? It really isn’t when you compare it to an engine replacement.

How much does an engine replacement cost? We will cover that a little later.

First, let us look at a few of the most common signs that suggest you need your engine rebuilt.

Signs That You Need Your Engine Rebuilt

Rattling Or Knocking Sounds While Idling

If you can’t hear your radio over the sounds of rattling and knocking, then there’s a good chance something is seriously wrong with your engine.

There are several reasons your car might make a rattling or knocking sound while idling.

Most of which suggest catastrophic failure. Some possibilities include broken parts, worn bearings, and a broken timing chain.

If accelerating causes your engine to clatter, it’s likely that the pistons are moving around too much inside the cylinders. This is often referred to as Piston Slap, and if you ignore it for too long, it will only get worse, therefore causing more damage.

The other possibility is that your timing chain/belt broke, which is in charge of ensuring the synchronization of your pistons.

Coolant In The Engine Oil And Vice Versa

Coolant and oil should never mix. If for some reason, they do, it means there’s a serious internal problem.

Finding oil in your coolant or coolant in your oil suggests several possibilities, including a blown head gasket, a damaged cylinder, or a crack in the engine block. Each of these is a major fix, requiring many hours to perform.

There are a lot of reasons your engine might not want to turn over, many of which are simple fixes. Yet, if it happens consistently (even after replacing/charging the battery), it is likely something more severe.

A few possibilities include a faulty starter motor, an issue in the wiring, or that the engine has seized.

Thick Smoke Coming From The Exhaust

Regularly noticing thick white or blue smoke coming from your tailpipe is never a good sign.

If it’s blue, it usually means that oil is entering the combustion chambers. If it’s white, then it may be water or coolant doing the same thing.

This can stem from many things, but the more severe reasons include a cracked engine block or a blown head gasket.

Regardless of which of the above symptoms you notice, there are many reasons they might appear. If you aren’t savvy under the hood, your best bet is to have a licensed automotive technician diagnose the cause.

If it turns out that the extent of the damage requires an engine rebuild to resolve, the exact costs depend on what needs to be done.

The first thing they’ll do is remove the head to see how bad the damage is. Sometimes, they may only replace the piston rings and hone and glaze the cylinders. However, they’ll have to lift the block out entirely if they notice the issue is more severe.

Here’s where the costs of an engine rebuild start to rise.

Any parts that don’t meet manufacturer standards will be replaced or repaired. They’ll also prep the cylinders for the fitting of new pistons. Some parts, like the timing components, main bearing, rod, and freeze plugs, should also be replaced.

The job may also require machining and finishing repairs, which often means it gets sent to a specialist.

Ok, back to the costs. If all your engine needs is to have its piston rings replaced and the cylinder walls honed and glazed, this shouldn’t cost more than $200-$300. However, if the engine needs to be lifted out, this jumps dramatically.

Once it’s lifted out, much of the price depends on which parts need to be repaired or replaced.

Let’s now review how the make and model of your car affect the cost of an engine rebuild.

How The Make And Model Of Your Car Factors In

The price per part from one model to the next varies greatly. Much of this has to do with the import costs of getting foreign parts from overseas. However, another factor is the popularity of the vehicle. A mass-produced part is almost always less costly than one that isn’t.

To replace the starter on an average car, you’ll likely spend between $300-$500. However, on a Passat with the W8 engine, it’s closer to $1,000. Why? Because with this model, you have to lift the engine out entirely to reach the starter, which isn’t the case with most other models.

The complexity of this engine, and the fact that it’s imported, cause the price to double!

The same is true when rebuilding an engine. Each job requires consideration of each specific part that gets replaced, how long it takes, and if any additional repairs are needed.

Regardless, rebuilding an engine is almost always less costly than an engine replacement, which sits between $4,000 to $8,000 on average.

How Much Does It Cost To Rebuild An Engine?

Well, it is a lot less if you never have to do it in the first place.

Your best bet is to maintain your vehicle throughout its lifetime properly. This includes performing regular oil changes, replacing filters on time, keeping an eye on your brakes, and more.

However, if you need to rebuild your engine, be sure to get several quotes from trusted mechanics just to be on the safe side. 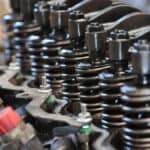 Symptoms Of A Bad Hydraulic Lifter And Replacement Cost