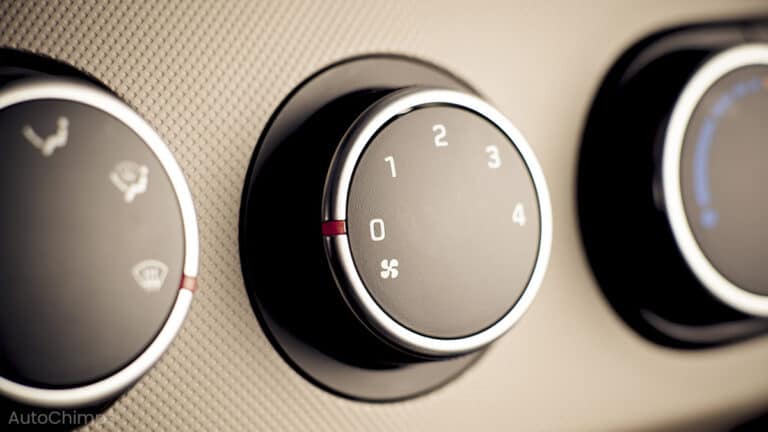 Air conditioning is an optional extra, although it comes on most cars these days. The car’s heater, though, is an essential part of driving for anyone living in a part of the world where temperatures can approach freezing.

A heater provides warmth for your cabin. The hot air blowing onto your face, warming your feet up, or defrosting your windshield? It’s all coming from the same place: the engine.

But does a car heater use gas? And would you be better off turning the heater off to save fuel? Here’s everything you need to know.

How Does The Car Heater Work?

The car heater is an exceptionally straightforward device in principle. All it does is recycle the heat put out from the engine. Instead of losing it to the atmosphere, it can be used to warm up the cabin. Simple!

You’ll probably know about coolant. Coolant flows through your engine, driven by a water pump. Its primary function is to regulate the temperature, but it also helps the motor warm up quicker.

Once this coolant gets hot enough, the thermostat will open, forcing it to flow through the radiator at the front. This prevents it from cycling out of control, maintaining an operating engine temperature of around 200 degrees F.

This system also includes a heater matrix, otherwise known as a heater core. The heater matrix is a sort of mini-radiator at the back of the engine bay near the cabin. The coolant passes through this, warming it.

Air then passes across it. The heat transfers from the heater matrix and warms the air, passing through the vents and into the cabin.

Like air conditioning, a car heater doesn’t directly consume gasoline. However, forcing it to warm up quickly or using it at full power can indirectly lead to slightly worse fuel economy.

Here are a couple of ways using your car heater can lead to lower mpg.

In most situations, these indirect impacts on your car’s fuel economy will be virtually negligible, provided you’re driving. If the car’s idling with the fans at high speeds, it may deplete the battery. However, you should find the battery restored to its normal levels after a half-hour drive.

If You Use A Car Heater, Does It Waste Gas?

Not really. The impact of using a car heater on your mpg will be essentially nothing.

A car heater is there to be used, whether for comfort or for necessary functions like clearing the windshield of frost and ice.

Of course, you might use marginally less if you turn it off, but there’s no real reason. If you’re worried about the electrical load, maybe turn the fan speed down slightly – but you don’t need to do anything drastic.

A car is designed to use fuel. For a vehicle to function as it was intended, it needs to use gasoline. Sometimes, it’s easy to forget this, getting caught up with every little gas-saving trick.

Your car needs a heater. It uses minimal extra fuel, so – in short – don’t worry about it too much. Turn the heater on when you need it, and turn it down or off when you don’t. The difference it’ll make to your gas usage will essentially be nothing. 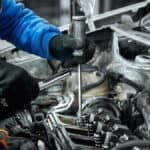 How Many Spark Plugs Does A Diesel Engine Have?