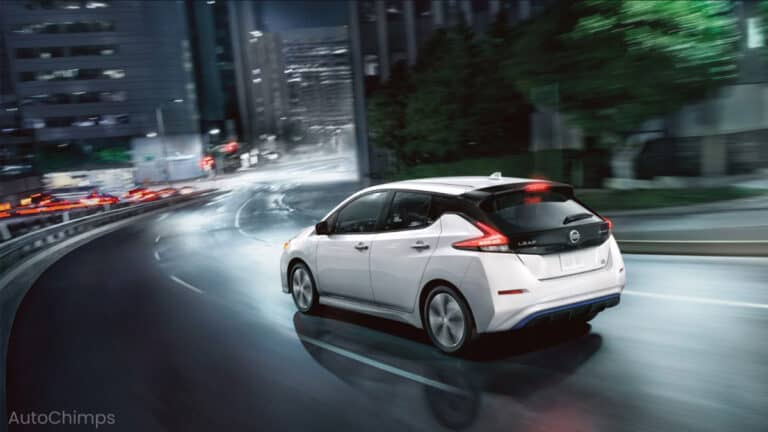 The Nissan Leaf was the best-selling electric vehicle worldwide until the Tesla Model 3 overtook it some years ago.

It’s not a performance car, and most people would agree it’s not something bought for its styling. However, it’s a cheap runaround, offering city- or village-dwellers low-cost journeys.

Well, it’s low-cost until the battery degrades beyond a certain point. Once that happens, you’ll need some new ones. And that is expensive. Very expensive.

Unsurprisingly, the latter may be your best option.

How The Nissan Leaf Works

Many electric cars today have four electric motors. One sits at each wheel, delivering maximum torque to an electric equivalent of a 4×4.

The Nissan Leaf, however, isn’t about top performance. It’s a small city runaround, meant for trips to the shops and school, not blasting it down the freeway. It only has one motor, a little like a classic gas-engined car. This sends 80 kW (about 110 hp) power to the front wheels only.

The newer Nissan Leafs (the SL and SV trims since MY 2016) have 30kWh batteries to power the motor. These and other minor improvements have led to a slightly increased range. The older 24 kWh batteries weren’t so efficient.

The batteries are located under the front seats and rear footwell. As the heaviest part of the car (300 to 400 kg!), they’re best situated as low as possible.

How Long Does A Nissan Leaf Battery Last?

In short, some models have batteries that last well beyond what’s expected. Some fail sooner than they should.

The lithium-ion batteries in older first-generation Nissan Leaf models lose about 5% of their original capacity per year.

That might sound like a lot, but it’s typical for any battery-operated appliance. Take your smartphone, for example. It loses about the same amount.

(You can check your phone battery’s condition in the Settings app.)

Let’s say, for example, that your 24 kWh Nissan Leaf had a maximum range of 100 miles when new. Its range will drop to approximately the following with each passing year:

Along with reduced range, the performance will suffer more and more. You’ll find it difficult to accelerate or maintain a high speed.

Second-generation Leafs with 30 kWh batteries are expected to last about twice as long. After ten years, they should still be at 75% capacity.

These estimates are consistent with other EVs on the market.

Here are the currently-available warranties.

These protect your car against the battery capacity falling below 75% of the original. Officially, it’s when your car’s display shows less than 9 bars out of 12 (that is, 8 or fewer).

Note: this is a bit cheeky on Nissan’s part, since at this point, the battery is actually at 67% capacity. They don’t claim it’s a warranty for up to 75%, but “9 out of 12 bars” sure leads people to believe it.

Nissan’s warranties aren’t as long as some EV equivalents from other manufacturers. Under this guarantee, Nissan dealerships will replace battery packs with new or reconditioned ones.

Once it wears off? You’re on your own.

In some cases – but not most – you may be able to replace individual modules.

In reality, an electric car’s “battery” is made up of several individual battery modules. In turn, each module contains a few cells connected in series.

For example, the original 24 kWh had:

Rather than replacing the entire battery pack, it could be more financially sensible to replace just one module. However, this is the exception, not the rule. Most Nissan Leaf battery packs degrade evenly, meaning each module’s total charge reduces at about the same rate.

As such, it’s usually not worth replacing one or two modules. You’ll end up with an imbalanced battery pack. That brings us back to a complete battery replacement.

Some specialist companies buy scrapped EV batteries and recondition them. This costs much less than building a battery from scratch. As a result, they can pass this saving on to you, the customer.

Depending on your make and model, reconditioned batteries cost around $3,500 to $6,000. You’ll need to add a labor charge on top of that, too.

Reconditioned batteries should function just as well as new ones. They might have a slightly lower charge capacity, but nothing notable.

Are There Any Other Options?

If your battery is losing charge and your warranty has expired, there are three options for you.

None are exactly appealing. More on the latter two options now.

Sell Or Scrap The Car

Without an efficient battery pack, your Nissan Leaf – or any electric car – is worth very little. Why? Because nobody wants it! Think about it. Would you pay any money for a car that’s dying?

People looking for a basic runaround car might pay you a bit. However, you’re more likely to get more money from a scrapper.

Don’t expect more than $5,000 to $7,500 for your model. Depending on its initial cost, this may represent a considerable depreciation rate.

Some choose to go down this route. It might be an attractive option on paper, but it usually isn’t worth it.

Using a donor car’s battery pack involves going to the salvage yard and looking to buy a scrapped Leaf of the same age and trim as yours.

You’ll need to pay the scrapper. You might be able to buy the battery outright, separate from the car. After the purchase, you’ll need to pay an EV specialist mechanic to remove the old batteries and replace them with your “new” ones.

Before buying anything, you should find out how much charge the battery has. If it’s any less than 90%, it’s not worth it. At this point, these are still likely to cost $5,000 to $7,000 – even if they’re in mediocre condition.

Since this approach is common, you’ll struggle to find any Nissan Leafs or their batteries in a salvage yard.

Your battery will need replacing at some point. It’s an inevitable part of electric car ownership. The only steps you can take to reduce costs focus on making the battery last as long as possible.

Electric Cars Are Great… In Theory

Electric cars have their benefits. Negligible charging costs, extreme torque, and government grants are just some of them.

In their push to make the population turn electric, governments worldwide turn a blind eye to certain factors. The cost of a new battery is one of them.

The cost to replace the battery on a Nissan Leaf makes it at least as expensive to own as a gas-powered car, all things considered.

It might be slightly better for the environment, yes. But it’s not “emission-free,” contrary to propaganda. And, on top of all that, can a vehicle owner afford to pay up to $10,000 for a new battery pack? The cost is tremendous.

If you’re set on an electric car, your best option may be buying a one- or two-year-old Leaf and selling it after only a year or two of ownership. You could then repeat this cycle. It’s annoying but will minimize the effect of depreciation and mean you shouldn’t ever have to pay to replace the battery pack.

Do you already own a Nissan Leaf with poor batteries? In that case, check what you can get on the warranty. If you’re still stuck, purchasing reconditioned batteries is probably the cheapest way to replace them. 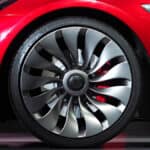