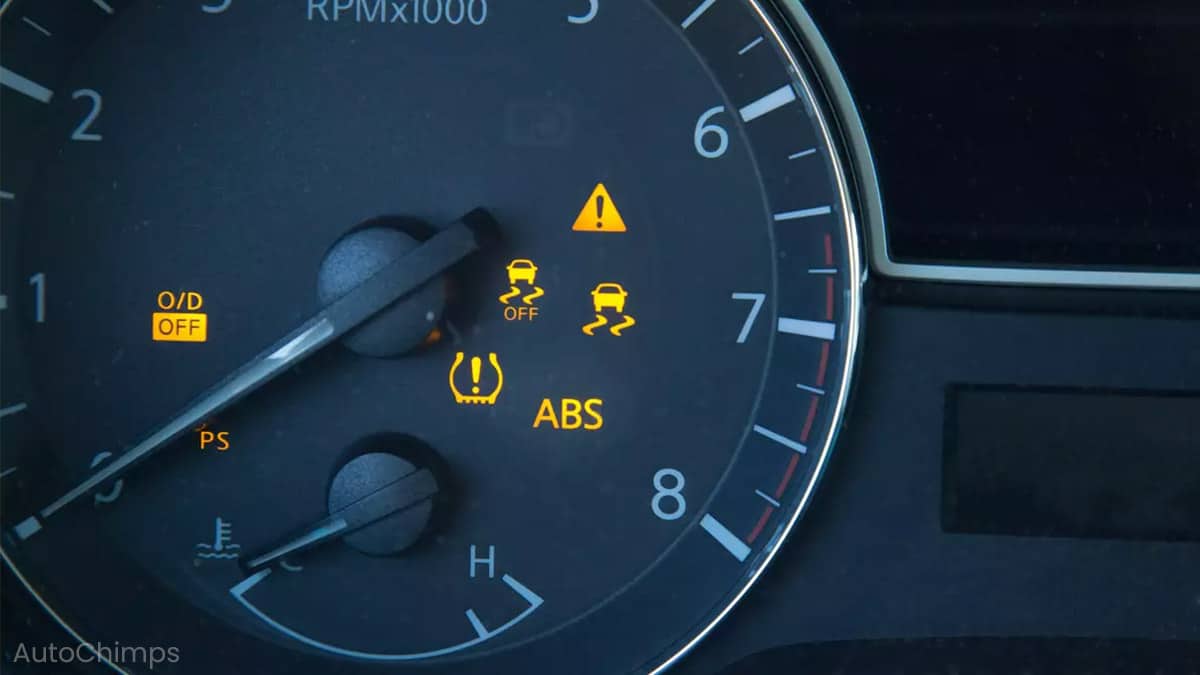 “O/D Off” is a standard dashboard light on American cars. It might always be on while you’re driving. If you notice it, it’s nothing to worry about and can be very easily fixed.

The O/D Off light means your overdrive gear (commonly referred to as simply “overdrive”) isn’t currently engaged. Read through the article to learn more about what overdrive is and why cars have it.

Your fuel economy could be worse than usual when you see the O/D Off indicator on your car’s dashboard. However, there are times when switching a car’s O/D off is beneficial.

With the introduction out the way, please note that the O/D Off indicator does not mean your car has developed a fault. There shouldn’t be anything wrong with the vehicle transmission at all. The light is an indicator, not a warning.

What Is O/D (Overdrive)?

Overdrive (which will be referred to as O/D throughout the majority of this article) stems from the widely-used bolt-on aftermarket parts available on cars throughout the 1900s.

They were a sort of extra half gear, meaning the engine wouldn’t need to work so hard to drive the vehicle at the same speed.

For example, you may have heard some talk about that now-classic they used to drive with four-and-a-half gears.

In reality, that means the car had four gears with an overdrive (O/D). When the O/D was engaged (which could be done at the press of a button), it would typically decrease the gearing ratios of third and fourth gears, hence the term “four-and-a-halfth” gear.

When the overdrive was disengaged, an indicator light would pop up on the car’s dashboard: the O/D Off light.

With a decreased gearing ratio, the engine doesn’t need to provide so much power for the car to maintain the same speed. This increases fuel efficiency and helps with general wear and tear within the motor.

Nowadays, the concept of overdrive is a little different – it’s usually just the highest gear or gears rather than a bolt-on extra. You’ll find very few modern manual cars with an added O/D since transmissions have become much more advanced in the last few decades.

If your vehicle has an O/D Off indicator, it’s most likely an automatic, and its overdrive is probably just its highest gear. Today that could be seventh, eighth, ninth, or tenth.

What Is An Overdriven Gear?

If you’re unfamiliar with gear ratios, check out the video above. It’s a great simple introduction and will make it much easier to understand why overdrive is essential.

Your car’s engine turns reciprocal (up and down) motion into a turning force. The pistons are linked to the crankshaft via connecting rods (also known as conrods), forcing it to turn. The crankshaft has a big flywheel on the end, which connects (in simple terms) to the transmission.

The lower gears (first, second, third, and fourth, at the very least) are referred to as the drive gears. These have a gear ratio greater than 1, meaning they don’t turn as quickly as the engine. However, they’re more powerful.

You’ll also have a gear that’s approximately 1:1. It turns at the same speed as the engine, and thus your wheels spin at the same rate. The 1:1 gear is usually about 80% through your ratios. Depending on your transmission, it could be anywhere between fourth (older cars) and eighth (newer vehicles).

Overdrive gears, however, turn faster than the engine because their gearing ratio is less than 1. These allow the car to reach higher velocities but transmit far less torque, so accelerating from low speeds in these gears will be virtually impossible.

Reverse gear will be similar to that of first – you don’t often need to travel quickly in reverse, but you do need a good amount of torque to get moving easily.

O/D Off means that your car’s transmission is locked out of the top gear (or possibly gears, depending on the design). For older cars, it explicitly means the overdrive aftermarket part is currently disengaged.

You’ll find an O/D button somewhere on the gear shifter. This will activate or deactivate the top gear (the overdrive). When you push this button, you’ll notice the O/D Off indicator flashing on and off.

When driving at high speeds across reasonably flat areas (such as a freeway), overdrive should always be on. You shouldn’t be able to see the O/D Off indicator light. Press the button to switch it off if it’s on. You should be able to press this button at any time. There’s no need to stop or press the brake pedal.

In fact, turning a car’s O/D off only makes any logical sense in a few specific circumstances (discussed below).

Overdrive should be on (and the O/D Off light therefore off) so your car doesn’t need to work so hard. Why put your engine through unnecessary stress when there’s no need?

When you press the button to switch the overdrive on, you’ll hear the engine noise and tone drop. This happens as the revs lower. The engine isn’t turning as fast, but the overdrive gear means the car’s still traveling at the same velocity.

Switching the overdrive off, causing the O/D Off indicator light to illuminate, will cause the engine to get louder and higher pitched as the revs increase. You’ll probably also feel the car lurch forward slightly. This is nothing to worry about. It’s just engine braking, a completely normal part of driving.

When Should The O/D Off Light Be On?

It’s a good idea to lock your car out of its highest gear by pressing the overdrive button on certain occasions. The O/D Off indicator will then illuminate on your car’s dashboard.

Some of these situations are noted here.

Driving Up A Steep Incline

As mentioned, overdrive gears allow for high speeds, but they aren’t very powerful. As a result, unless you have sufficient momentum before the incline begins, you’ll very quickly run out of steam.

You or the car will need to change down a gear. While nowadays it’s only a minor thing, this puts potentially unnecessary extra strain on the highest gear.

Driving Down A Steep Incline

Switching your overdrive off can be important when driving downhill. You might come to the top of hills and grin – free momentum, right?

Well, yes, but allowing your car to accelerate with gravity is dangerous. You’ll have practically no control or stopping power if something goes wrong.

There’s almost no engine braking in the highest gear, so lock it out. Ideally, keep the car in a much lower gear. If the revs are higher than 3,000 or 4,000 rpm, the opposing force from the engine braking should be enough to stop your car from excessively accelerating with gravity.

There is more work for the car’s drivetrain when towing heavy loads. However, an automatic transmission doesn’t necessarily know it’s suddenly pulling or carrying significant extra weight, which can strain the gearing system.

If your car or truck has Tow or Haul mode, activate it. This is similar to overdrive, but it also changes the shift pattern to protect the transmission. If you don’t have Tow or Haul mode, switching the O/D off will help.

Read your owner’s manual for specific information regarding how to tow, including the maximum limit.

When going up and down hills, switching the O/D off means you put less strain on the transmission and have more control.

Particularly driving on potentially dangerous roads, having complete command over your vehicle is essential. The higher the gear is, the less responsive it’ll be.

Therefore, switch the overdrive off. If possible, lock it into even lower gears, especially when traveling up or downhill.

Should I Drive With The O/D Off Light On?

There’s no need to have the overdrive switched off in most circumstances. Disengaging the highest gear should be the exception, not the rule. That’s why there’s a light for O/D Off but not for O/D On.

Keep overdrive on to allow your car to access its highest gear and reduce fuel usage – all the more critical with today’s rising bills.

Sometimes, the situation may call for switching O/D off. These are when traveling up and down inclines, along dangerous cliffside roads, and potentially when towing. Once you’ve finished towing or driving on that particular stretch of road, the O/D Off light should remind you to switch overdrive back on.

There’s no need to stop or put your foot on the brake to engage or disengage overdrive.

Modern transmissions are pretty advanced. They should change gears for you and understand your driving patterns and potentially even the terrain. Nevertheless, it might still be necessary to switch O/D off on occasion.

Hopefully, you know a little more about what O/D Off means in a car’s dashboard, when to use your overdrive, and when to disengage it. Used correctly, it’s a brilliant system allowing you to save fuel (and therefore money) when appropriate. The option to switch it off means safety and mechanical stress aren’t compromised.

For more information about your car’s overdrive system, read your owner’s manual. The manufacturer will tell you everything you need to know. 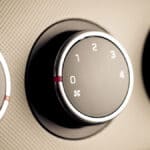