If you’ve ever been to the car battery aisle at a big-name retailer, then you already know how confusing it can be to decide on a brand.

Thankfully, we have put together a list of the best car battery brands that deliver the perfect mix of value, performance, and reliability.

But first, here’s a quick section about who makes what in the car battery brand world.

While many aftermarket car battery brands exist, most of them are controlled by only three companies: Exide, East Penn, and Johnson Controls.

Though, because they are built according to the manufacturer’s specifications, performance can vary from one to the next.

Additionally, warranties can also differ based on the name, affecting both dependability and price.

The selling point with Optima car batteries is their PureFlow- and SpiralCell Technology, which they claim delivers 15x better vibration resistance and a 3x longer lifespan.

While they aren’t the cheapest initially, their superior performance will definitely pay off in the long run.

This means they’re meant to discharge less per cycle and immediately recharge using the alternator.

Then comes the YellowTop line, which focuses on low internal resistance and more consistent power output. This makes them perfect for vehicles loaded with aftermarket accessories.

Bosch is one of the most prominent names in the car battery industry there is (as well as the automotive industry as a whole).

It should come as no surprise that with 135 years in the game, they have learned a thing or two along the way.

Their confidence in their products shows with the lengthy standard warranty attached, which reaches as high as 4-years for free replacements. The value they carry is further enhanced by the fact that they’re also one of the more affordable car battery brands in terms of quality.

Bosch also carries a wide variety of car batteries, like one for high-mileage cars (S3), one for imports and high-end cars (S5), and one for extreme performance (S6).

Duracell is likely the most recognizable name in the battery industry (no offense, bunny). Quality, reliability, and experience are combined to create a product you can count on – that turns the engine over time and again without fail.

Not only that, but they feature a flame arrestor to defend against external ignition.

As with most of the car battery brands on this list, Duracell has a solution for just about any situation.

Whether the budget is your main concern (starter), your car has a start/stop feature (extreme AGM), or you want to make the smallest impact on the environment possible (EFB).

Interstate batteries started back in 1950 when its founder, John Searcy, began selling car batteries out of the bed of his old truck. From humble beginnings to selling a record 18 million batteries in a single year (2017).

They also offer some of the most affordable car batteries, even on their top-end MTZ line.

Additionally, they provide an 18-month free replacement even on their entry M line.

With five different lines, Interstate has a car battery for any situation. Do you live in a hot climate?

The MT is built specifically for that. As for cold climates that frequently drop below freezing, they have one for that, too (MTP).

A lot can be accomplished when you have over 100 years of experience with something, which Odyssey does with car batteries.

While they may be a bit more expensive than most of the others on this list, their durable design and impressive results are worth every penny.

A few benefits you’ll get with an Odyssey battery are faster recharges when compared with traditional designs.

Additionally, you get an OEM fit that meets BCI standards and a replacement warranty for 3-4 years (depending on the line).

In terms of selection, Interstate keeps it pretty simple.

First is the Pro Series, which has a faster recharge than most conventional batteries, making it perform well with start/stop technology. Then there’s the Performance Series, which features a high reserve capacity that makes it ideal for vehicles with a lot of accessories.

Lastly, there’s the Extreme Series, the heavy hitter of the bunch. Its rapid recovery and incredible deep-cycling capabilities make it perfect for luxury cars and imports.

Walk Into The Car Battery Aisle With Your Head Held High

If you’ve made it this far, you should be fully prepared to decide on the best battery to suit your vehicle and your needs.

While the above car battery brands might be a little more costly, you’ll more than makeup for it by not having to replace it as often. 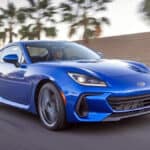