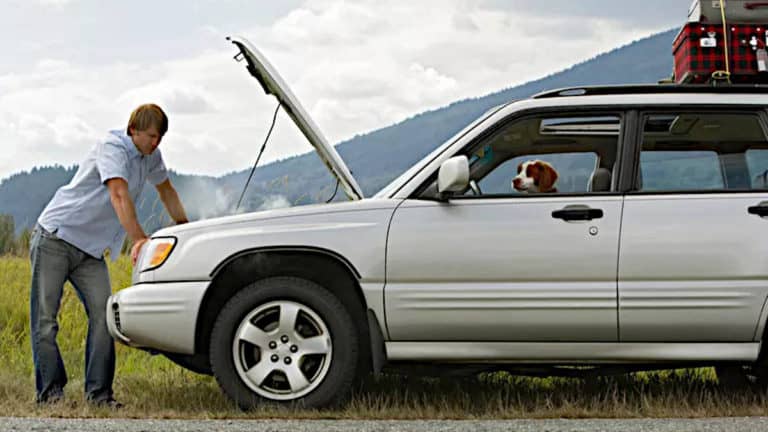 It’s never a good sign when your engine gets too hot.

Ignoring it can lead to costly repairs and possibly leave you stranded without a vehicle.

Thankfully, if you’re asking yourself: “why is my car overheating?” then you have come to the right place.

The primary cause of engine overheating is a lack of coolant. But, if your car is overheating with full coolant, it may be something more severe.

Other possibilities include a faulty water pump, a radiator blockage, a stuck thermostat, or even a blown head gasket.

Thankfully, in this simple guide, we will cover everything you need to know about an overheating car.

We will first look at the main symptoms that suggest yours is getting too hot. Then, we will look at what might be causing it.

What Are The Symptoms Of An Overheating Car?

The great thing about an engine that’s getting too hot is that it will likely illuminate the temperature indicator. If this is the first sign you notice that your car is overheating, then count yourself lucky because it’s also a prime chance to handle it before it causes costly damage.

If you don’t have a specific temperature indicator, you should at least have a gauge. If it starts creeping into the red, there’s a good chance something needs your attention.

Symptom #2 – Your Engine Is Making A Ticking Or Thumping Sound

Your engine needs to reach a specific operating temperature to function correctly. Because of this, your thermostat is built to block the flow of coolant until the engine can warm up.

If your engine gets too hot, though, the coolant that’s already inside can start to boil. When the thermostat opens, and the cold coolant mixes with the hot, it may cause a thumping sound.

If it is more of a “ticking” sound, it suggests your engine oil is getting too hot. When oil overheats, it loses some of its viscosity. This means it will become less effective at providing lubrication, which can lead to a ticking sound.

Symptom #3 – You Notice A Puddle Of Coolant On The Ground

Coolant is designed to keep your vehicle within a safe temperature range. If there’s a leak, it may end up pooling under your car, meaning your engine won’t have enough, which can lead to overheating.

In this case, adding more coolant might be a temporary solution, but eventually, you’ll need to track down the leak. If the coolant reservoir is full, but the car is still overheating, there’s likely something more severe going on.

Symptom #4 – Steam Is Coming From Under The Hood

Steam coming out of something is usually a clear indicator that it’s hot, and thankfully, the same goes for your engine.

If steam starts billowing out from under the hood, be sure to pull over as soon as it’s safe. This usually means that the coolant inside your engine has passed the boiling point, manifesting as steam.

You should always feel some heat coming from your hood, especially if the engine has been running for a while. However, if you can’t hold your hand on the hood for 10-seconds without it hurting, then it’s reached a point where it’s excessive.

Be sure to turn the car off when it’s safe to give it a chance to cool down. If it happens repeatedly, there’s likely something that needs your attention.

Symptom #6 – The Engine Has Reduced Power

When an engine overheats, it expands, slowing down its ability to function. This will manifest as reduced power, meaning your car will struggle to accelerate when you step on the gas.

Be sure to watch for any of the previously mentioned symptoms to be sure.

Now that you better understand the signs that suggest your engine is overheating. Let’s look at the most common causes of a car overheating.

Is Your Car Overheating? Here Are The Most Common Reasons

The purpose of coolant is pretty much described in its name – it keeps your car cool so that it doesn’t overheat. Thankfully, if you’re running low, you may just need to add more.

However, if your car is overheating but the coolant is full, it is probably not a leak. Instead, it may be that it’s having trouble circulating correctly. This can stem from several things, including a faulty water pump, a radiator blockage, a stuck thermostat, or a plugged heater core.

The purpose of the water pump is to push coolant from the radiator throughout the rest of the cooling system. As you might have guessed, if your water pump is failing, your engine won’t receive enough coolant, which can cause it to overheat.

Reason#3 – Radiator Has A Blockage

As coolant flows through the radiator, it absorbs heat and disperses it. If it is damaged, or if something has become lodged in it, the coolant might not be able to flow through.

Thankfully, it’s pretty easy to visually inspect the radiator due to its location near the front of the vehicle. If you notice debris, remove it. Sadly, though, if it’s damaged, replacement is likely your only option.

The thermostat is in charge of regulating how much coolant flows through the cooling system. If it is stuck for some reason, it won’t be able to do so correctly. Obviously, if this component isn’t working as it should, it can cause your engine to overheat.

Earlier, we mentioned that if your car is overheating with full coolant, it’s likely due to its inability to flow through the cooling system. This is what happens when your heater core is clogged.

The heater core is in charge of keeping your cabin warm while the weather is cold – so that when you crank it to maximum, it blows hot air. If it’s cold outside, the coolant won’t flow; if it’s malfunctioning, your car can overheat.

Ouch, we felt a little guilty even mentioning that the head gasket might have blown. If you didn’t know, a head gasket is a seal that connects the engine block to the cylinder head. If the engine overheats, it can cause this seal to wear faster. When this happens, coolant can leak out as it passes between.

While the part itself isn’t expensive, getting to it – is. Combine this with the fact that automotive shops typically charge between $50-$100 per hour, and you have got yourself an expensive fix.

Thankfully, this should be the last sign you see before realizing your engine is getting too hot. If it does reach this point, be prepared for a costly repair.

Why Is Your Car Overheating?

Instead of focusing on the why – concentrate on what you will do about it.

Ignoring an overheated engine will almost always lead to a costly repair. Instead, the moment you notice one of the above symptoms, take it to a shop for a diagnosis and save yourself the headache and money. 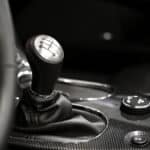 Is A Manual Transmission Faster Than An Automatic?