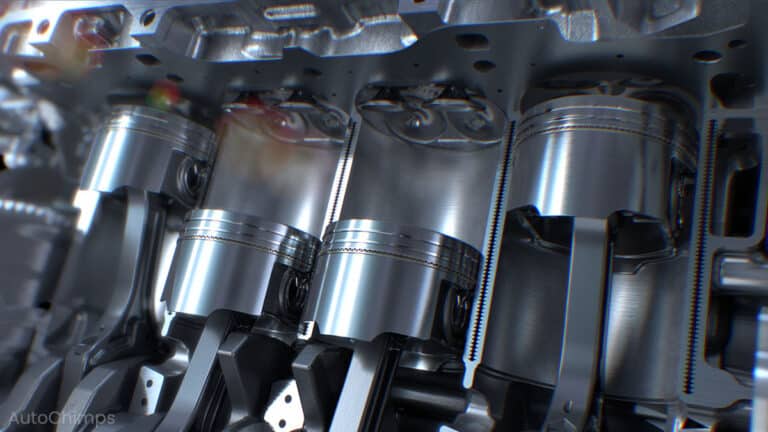 Piston slap is when the piston rocks or rattles within the cylinder. Instead of smoothly moving up and down (reciprocally), it comes loose and starts making a horrible noise.

Piston slap is a sign that your engine is on its way out. It may still last for some time, but your best bet to repair it is an engine rebuild or getting a new engine or car altogether.

This guide will discuss how an internal combustion engine works, what piston slap is, some symptoms, and what you should do next.

How Does An Internal Combustion Engine (ICE) Work?

An internal combustion engine, such as the one found in your car, is a fascinatingly simple – yet intricate – device.

Despite numerous advancements, mainly in the fields of power output, fuel economy, and emissions – the vehicular ICE remains essentially the same today as when it was first invented in the 1800s.

Internal combustion engines found on cars are known as four-cycle or four-stroke. They operate differently from two-cycle/stroke engines found on mopeds and garden tools like lawnmowers and leaf blowers.

As shown in the video example above, a standard four-cylinder engine is the easiest to visualize the process.

During the first “intake stroke,” the piston travels downwards in the cylinder. Simultaneously, the intake valve opens, allowing air and fuel into the combustion chamber. (Gas may be injected directly into the cylinder through the fuel injector instead.)

The piston rises again, compressing the air/fuel mixture in the space above it. This is known as a compression stroke.

Next, a spark plug fires, igniting the compressed mixture. The power of the explosion drives the piston downwards again forcefully. During this power stroke, the engine produces its horsepower.

If you’re traveling with an engine speed of 3,000 RPM, your engine is working at 3,000 revolutions per minute. That is, it’s completing that four-stroke cycle in every cylinder 50 times per second.

What Does A Piston Do In A Car Engine?

As you may have noticed, the piston is integral to the entire process.

It creates the pressure differentials needed for the intake and exhaust strokes while compressing the air and fuel and absorbing the power of the ignited mixture.

It also does all this thousands of times per minute while you’re driving. Perhaps it’s now more impressive that an engine can last hundreds of thousands of miles!

You might also notice the incredible strain a piston is put through.

Not only does it complete its jobs, as mentioned above, but it also rubs against the cylinder wall as it travels up and down. Over time, both it and the wall are bound to develop some kind of damage.

This, unfortunately, is generally what causes piston slap.

It’s an almost inevitable consequence of time and is simply a sign that, if left unchecked, your engine doesn’t have much longer for this world.

In this section, you’ll find out how to diagnose piston slap, although you can only absolutely confirm it by stripping down and rebuilding the engine.

The main – and only, really – symptom of piston slap is the sound. You’ll hear a disturbing rattling noise, often worse at idle or overrun (when you lift off the throttle pedal).

Keep an eye on your exhaust gas, too. When piston slap occurs, the piston rings are also probably on the way out. This could allow oil to get past them and into the combustion chamber.

When oil burns, it produces a blue, filmy smoke. You’ll see this pouring out the tailpipe at all times.

Oily exhaust smoke is only a possible by-product of piston slap. Your car might be experiencing this problem without any visible issues with the exhaust gases. Treat any rattling or knocking sounds as the telltale sign.

Could The Knocking Sound Be Something Other Than Piston Slap?

A knocking sound from your engine could be caused by several other things. It’s not necessarily a sign of piston slap.

Take your vehicle to an auto shop for a complete diagnosis before deciding it’s the end!

Before committing to an engine rebuild, consider a full service. A new set of spark plugs, a cleaning fuel additive, and an OBD II check may solve it for you!

Can You Fix Piston Slap?

There’s only one way to fix piston slap: with an engine rebuild.

First, a mechanic should do a compression test (which is completely necessary and will come at an extra charge to you).

It may be identified that the cylinder walls are bored out beyond repair (more likely in aluminum than iron engines). This extra worn-down space tends to develop near TDC. Therefore, the block is reasonably useless, and you’ll need an entirely new motor or car.

The problem of piston slap is often limited to the piston and piston rings. Piston rings fit around the piston to seal it against the cylinder wall. They also contain a carefully crafted gap.

As the metal expands when the engine warms up, this gap closes, providing optimal sealing conditions when it’s at operating temperature. This is why piston slap often sounds worse when it’s cold, or the engine is just warming up.

Piston slap is often limited to one cylinder. To fix it, you’ll need an engine rebuild, including a replacement set of pistons and piston rings. If the block has been damaged, the engine should be condemned and sold for scrap.

Will Piston Slap Damage My Engine?

This isn’t quite the right question to ask. Yes, piston slap will damage your engine since everything will be wearing down much quicker and thrown out of balance.

However, in reality, piston slap is engine damage. It won’t just lead to problems – it is a problem. At the very least, it’s an early symptom of more to come.

While the piston slap sound isn’t very nice, you could choose to live with it for a while. However, know that by doing so, there may be no way to save your engine should you want to in the future. It’s better to make the decision now rather than put it off.

Is Fixing Piston Slap Worth It?

So, is piston slap bad? Most agree that, while piston slap is a sign of an old engine, your car should last for a little while longer yet. That being said, if you want any chance of saving the motor, you should act as soon as possible.

If you have a rarer or more luxurious vehicle, engine rebuild costs could approach $4,000 or more.

So, is your car worth that much to you? Or is it more financially sensible to run it into the ground, scrap it, and put the proceeds toward a new model? That’s up to you. 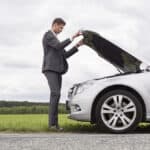 Why Does My Car Shut Off While Driving? Here’s Why