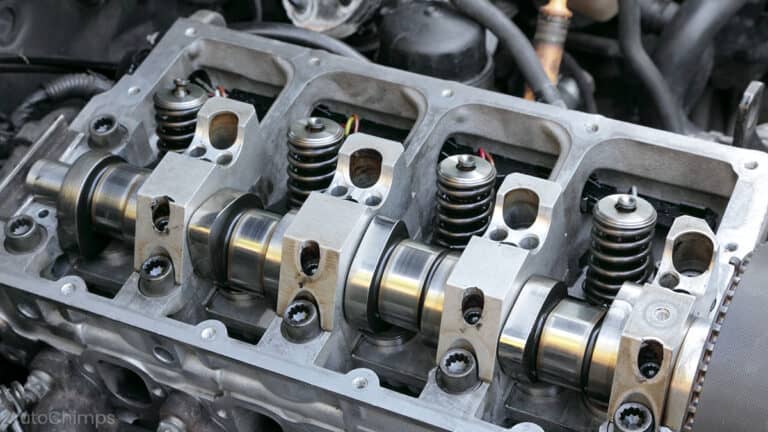 Many petrolheads and car enthusiasts are obsessed with dragging as much horsepower out of their cars as possible. While it might look and sound great for a bit, this isn’t always the best thing for the car or your wallet.

Installing a performance camshaft does add power to an engine, but how much? And is it worth it?

The answer hugely depends on the car’s pre-existing engine and drivetrain.

You can expect a gain of about 10% from a performance camshaft.

If your car puts out 150 bhp, this could rise to around 165 bhp. For the best results and a much more significant increase, a performance camshaft installation should be accompanied by many other modifications and finalized with Stage 1 and Stage 2 tuning.

There are alternatives that might be much more worthwhile for you.

Read on more to learn about the camshaft and how it works, including why a performance camshaft increases your car’s horsepower!

Finally, the last section will consider whether or not it’s worth it for you.

How Does A Camshaft Work In An Engine?

Note: “camshaft” is often shortened to “cam”. Thus, “cam” could refer to the individual lobe on the shaft or the entire camshaft. Context is key. We’ll always stick to the term “camshaft” in this guide.

All camshafts – whether performance or not – are responsible for opening the valves in an engine. The intake and exhaust valves are pushed open by the tear-shaped cams (or “irregular lobes”) on the camshaft to allow air in and remove exhaust gases, respectively.

These days, the camshaft is almost always found at the top of the engine. This system is the Single Overhead Camshaft (SOHC or OHC). The lobes on the shaft directly press down on the valves, opening a gap to allow air or exhaust gases to pass.

In the past, the camshaft was often located at the base of the engine. These operate in what’s known as a pushrod cam system. The lobes push a series of rods that connect upwards to the valves, opening and closing them in the same way.

Many modern cars utilize two camshafts. This is called a Dual Overhead Camshaft, or DOHC. One camshaft controls the intake valves while the other operates the exhaust valves in this system.

How Does A Camshaft Affect Horsepower?

Engines produce power in the power stroke of the cycle.

First, the intake valves open to allow air (or an air/fuel mixture) into the cylinder. The piston then rises to compress it before the spark plug ignites it, driving the piston down.

This forceful downward motion creates the engine’s power. When the piston rises again, the exhaust valves open, creating a vacuum through which the exhaust gases are forced out. The cycle then repeats thousands of times per minute in each cylinder.

The camshaft is responsible for opening these valves. You can imagine how modifying how much the valves open could increase (or decrease) how much air or fuel comes into the engine and how many exhaust gases are expelled. This can increase power and overall engine breathability.

When a car is first designed and built by the manufacturer, it’s usually optimized for fuel economy and longevity with a reasonable amount of power. The camshafts open just the right amount to create this environment within the engine.

How Does A Performance Camshaft Increase Horsepower?

Performance camshafts are specifically designed for individual engines by specialist engineering companies. They modify how much air and fuel goes into the cylinder and thus increase the horsepower output.

How much horsepower does a camshaft add?

As mentioned, changing the camshaft alone will likely provide about a 10% horsepower boost, although it could be more.

Performance camshafts should still be at least as durable as the original part – it’s not a component you can afford to have break!

Because of the slight design differences, performance camshafts can be pretty expensive. They’re probably around twice the price of a regular camshaft, although this depends on your specific make, model, and engine.

What’s The Best Way For A Camshaft To Add Horsepower?

For significant horsepower gains, a performance camshaft upgrade should be done alongside many other drivetrain modifications.

If you aren’t careful, you can soon lose control of everything that needs doing. For example, you’ll need higher-quality fuel injectors and valves.

Next, new intake and exhaust manifolds increase air flow, leading to larger exhausts and intake systems and filters. A Stage 1 or Stage 2 ECU tune-up then alters these components to maximum performance.

You’ll need a new, more powerful transmission and better brakes to cope with this.

You could expect up to 20% or 25% overall horsepower gains with all these additions.

The more power your engine has to begin with, the more additional horsepower you can expect to add with a new performance camshaft.

Is A Performance Camshaft Worth It?

So, should you swap out your old part for a performance camshaft and a horsepower gain?

Well, different strokes for different folks. It might be to you. However, realistically there are much more cost-effective and less intrusive methods to gain a little extra power.

Modifying cars is often seen as part of American culture. The reality is, though, that cash spent on modifying a pre-existing car is pretty much money down the drain.

If you want a faster car, sell your current model and buy something a little quicker.

Because a more powerful car has been built – from the ground up – to quite literally be more powerful. If you’re modifying a standard 100 bhp daily runner, you’ll basically need to replace every single component to get any kind of power boost.

And is that any different from just buying a fast car in the first place?

How Else Could I Add Horsepower To My Car?

The most effective way to increase your engine’s horsepower output is by effectively restoring it rather than adding to it.

Over time, engines become dirty, rusty, and worn down. Depending on how well it’s been maintained, a 10-year-old car probably has 50% to 90% of its original power.

An intricate, thorough service involving stripping, cleaning, and rebuilding the engine, should restore the horsepower output to almost what it was when new. If your car is currently only operating at 50% of its original performance, restoring it to new is essentially a 100% gain.

That’s right. A 100% horsepower gain for a good clean.

In the meantime, use high-quality fuel additives and fluids under the hood. Only use synthetic motor oil and consider replacing parts of the coolant system that may have become clogged up.

If the engine’s already stripped down, why not?

The more horsepower you add to your car, the more you have to modify the rest of it to cope. If you put too much through your engine, you’ll destroy the transmission, and you won’t be going anywhere. Don’t overdo it! That’s why a full-engine service is the best way to go. 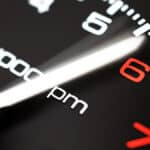 How To Rev Engine Without Moving In Automatic And Manual Car