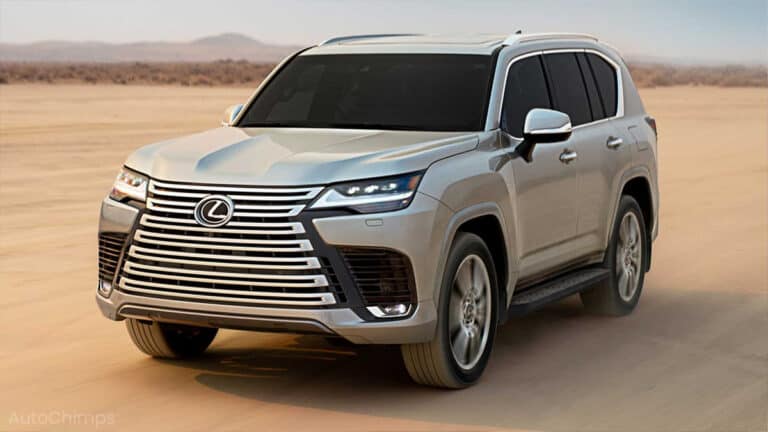 SUVs. They dominate the current market. But are they worth it?

Are they safer than other body styles? Specifically, are SUVs safer than sedans?

The United States has some of the most dangerous roads in the world. It’s crucial to be prepared and ready for an incident.

This guide will compare SUVs and sedans in a few different ways.

In summary, SUVs are much safer in crashes. But it’s easier to avoid the collision in the first place with a sedan.

SUVs are bigger, heavier, and taller than sedans. That much is clear. And in general, the larger the vehicle is – and the further the occupants are from the impact point – the safer it is.

But there are more factors at play here. For example, the taller SUV is perhaps more likely to roll with sudden steering inputs. The increased weight and height also mean SUVs are more challenging to control vs. sedans.

So, regarding safety, which is better? Well, that really depends. Do you want prevention and avoidance, or would you prefer to trade agility for a buffer?

Which Is Safer If An SUV Crashes Into A Sedan?

Unfortunately, there would be very little contest in a head-on collision. The SUV would almost always be safer, offering its occupants substantially more protection.

Some reports say you’re up to ten times more likely to sustain a severe injury in a low-safety-scored sedan than in a top-of-the-range SUV.

That’s quite a lot.

The low seating of a sedan can also be a dangerous factor. Although modern engineering does its part to help avoid this, the sedan’s hood can dive underneath the other vehicle. This exposes the driver and passengers to the bulk of the other car and is much more dangerous.

The heavier a vehicle is, the better it’s likely to protect its occupants in a crash. SUVs far outperform sedans in this field.

Many related crash tests have been undertaken. The results? Injuries are far more likely in the lighter car.

The same can be said, of course, if you compare SUVs with larger vehicles like trucks or semis. Whichever has less weight is almost always worse off.

So, yes, in a crash, you’re much better off in an SUV than a sedan.

What’s The Case For Sedan Safety vs. SUVs?

So, in a head-on collision, a sedan has no chance. Why, then, are they still quite popular with the masses? What’s the case for safety in a sedan?

It’s not a one-size-fits-all statement, but generally, sedans provide a driver with better car control than SUVs.

Car control is mainly related to how low the center of mass concept is. Of course, it also encompasses factors like suspension, steering, wheelbase, transmission, and body stiffness.

In general, the smaller and lighter a car is, the more control the driver has over it. As such, in sedans, it should be much easier to brake and swerve to avoid collisions without spinning out. Smaller hatchbacks would offer even more of this.

Unfortunately, there are no statistics to officially back this statement up. However, it would be interesting to see how many SUVs are involved in collisions vs. the number of sedans.

Is An SUV Safer Than A Sedan?

In summary, how should you approach this hotly debated subject?

SUVs undeniably perform better in a crash. They offer the occupants much better protection.

Sedans are generally more maneuverable and might mean you can avoid a collision altogether.

Accidents always happen before you can blink, usually on roads that you’re familiar with. It’s impossible to predict whether you’ll want to escape and evade or just brace. Fight or flight.

For a more in-depth look, chat with bodywork mechanics (not salespeople!) and crash investigators about the pros and cons of specific models. They’ll tell you about the types of cars they see most often and how bad the damage usually is.

When deciding between an SUV and a sedan, you should also consider other drivers. Remember, a road traffic incident might not be your fault. What would you do if a speeding, texting, drunk, or high driver came speeding the wrong way down the road?

If you’re in doubt or concerned about vulnerable others in your household (children, elderly relatives, etc.), go with the SUV. It’s the lower risk, lower reward option.

You might consider a sedan if you prefer to maintain a business executive-type appearance. That said, plenty of sporty SUVs out there might really slice the cheese for you.

Remember: all modern cars are as safe as houses compared to the days gone by. Whether you choose an SUV or a sedan, driving carefully and with constant road awareness is the best way to avoid injury to yourselves and damage to the car. 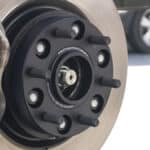