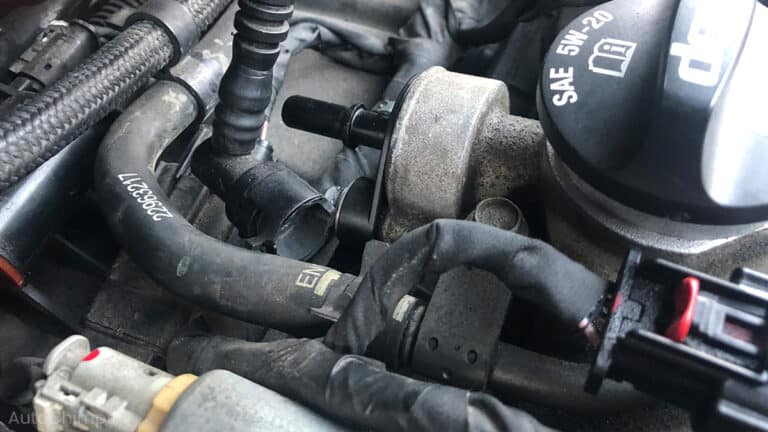 While it’s a bit of a mouthful, a vehicle’s “positive crankcase ventilation” valve, or PCV valve for short, is a vital emission control device.

Simply put, a PCV valve is a small, spring-loaded “plunger” valve that vents leftover combustion gas leaking between the pistons and cylinder walls. This is normal for any engine, in moderation, and is referred to as “blow-by.”

If your car’s PCV valve fails, pressure will build within the crankcase due to the unvented blow-by. Moreover, it will leave behind a residue that can coat internal components. Both issues can seriously harm your engine if left unchecked.

What are the symptoms of a bad PCV valve?

The most common signs of a PCV valve problem include the following:

As for the cost of replacing a PCV valve, expect to spend between $42.50 and $90, depending on shop rates, parts pricing, and your vehicle’s make and model.

This guide covers these symptoms and repair costs in greater detail. We’ll also review what causes PCV valve failure and what can happen if you continue driving after symptoms appear.

Automakers usually suggest cleaning or replacing your car’s PCV valve and adjoining hoses and gaskets every 20,000 to 50,000 miles. Not performing this routine service can result in the plunger valve getting stuck in the open or closed position or somewhere between.

A PCV valve can also fail from regular wear and tear, accelerated by its location where it endures prolonged exposure to extreme heat and pressure.

A PCV valve that stays closed can also lead to excess pressure building in the crankcase, affecting hoses, gaskets, and even the engine’s oil.

No matter the cause, there are a few common symptoms of PCV valve failure you may start seeing.

What Are The Symptoms Of A Bad PCV Valve?

One unique symptom of a bad PCV valve is hearing “whistling” or “hissing” sounds from the engine.

This may occur if your PCV valve is stuck partially open or closed as air passes through. It’s also possible the seal conjoining the PCV valve to the crankcase is worn and leaking air.

Your vehicle’s check engine light may also appear due to PCV valve problems. This is most likely from a sensor detecting an imbalance in the motor’s air-fuel mixture.

While you may notice corresponding signs of a bad PCV valve, only scanning for error codes with an OBD II tool will tell for sure.

A puddle of oil under your car is another symptom of a bad PCV valve, as is excessive oil consumption (more than a quart every 1,000 miles).

The issue likely stems from the blow-by inside the crankcase not venting out. If the pressure builds too high, oil may seep through seals and pool under the vehicle.

Your engine requires a precise mix of air and fuel for proper combustion, all determined by the engine control unit (ECU). But, if your car’s PCV valve is stuck open, more air will enter the mix.

To compensate for the extra air, the ECU adds more fuel, burning through gas faster and lowering fuel economy.

Another sign of a faulty PCV valve, or clogged PCV hose, is blue or black smoke coming from your car’s exhaust pipe.

This occurs when built-up pressure inside the crankcase forces motor oil into the combustion chamber. It’s then ignited with the air-fuel mixture before exiting the tailpipe with a black or blue tint.

After entering the intake manifold, outside air is evenly supplied to the engine cylinders. The PCV valve regulates the pressure between these parts.

A PCV valve stuck open works the same as an intake leak, meaning less air makes it to the cylinders, so “running lean.” This causes the engine to work harder, resulting in a rough or high engine idle.

Misfires occur when there’s a combustion problem, like an uneven air-fuel mixture, a common bad PCV valve symptom. A misfire basically means a cylinder was skipped because it didn’t fire.

You may notice the engine briefly lose power and hesitate. Misfires are most noticeable when accelerating but are also felt at idle.

Another sign of a bad PCV valve is rough or poor acceleration. Since controlled explosions create power in the cylinders, an engine running lean or rich may feel sluggish when accelerating.

Moreover, back-pressure can build in the exhaust from the lack of ventilation, something the engine must work against, diminishing acceleration.

You may also experience an engine stall if your car’s PCV valve goes bad. Stalling happens for the same reason as misfires or a rough idle; an uneven air-fuel mixture.

Specifically, if the PCV gets stuck open, too much air will enter the combustion chamber. This may affect ignition long enough to stall the engine.

How Much Does It Cost To Replace A Bad PCV Valve?

There are two options for fixing PCV valve problems: clean or replace the valve. If your car’s PCV is fine, a tech can clean it, and you’ll only have to pay for their time.

Using these figures, the total cost of replacing a PCV valve ranges from $42.50 to $90, depending on your vehicle’s make and model.

Ultimately, cleaning or replacing a bad PCV valve is not a major job. However, ignoring a failed PCV valve can have dire consequences for your car’s engine.

What Happens If You Don’t Replace A Bad PCV Valve?

Ignoring a bad PCV valve won’t cause immediate harm, but after a while, the symptoms can take their toll. This applies not just to the driver but also to other engine components.

While you might squeeze another 5,000 miles out of a car with a bad PCV valve, there’s no way to tell for sure.

If you do start noticing failing PCV valve symptoms, your best bet is to address the issue right away, especially with repair costs being less than $100 on average. 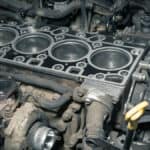 Symptoms Of A Blown Head Gasket