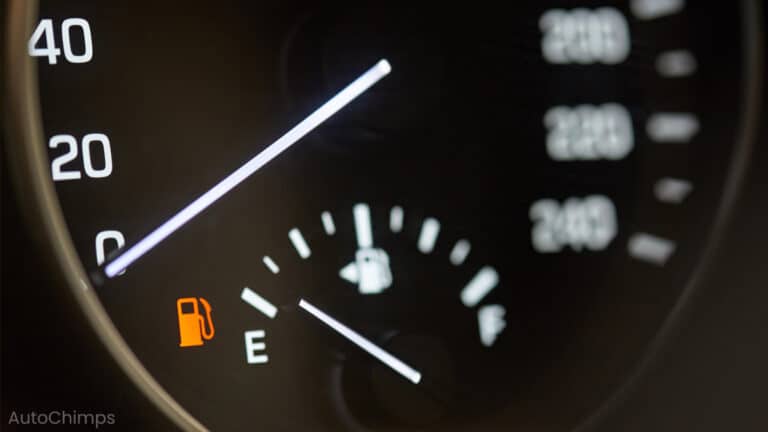 What does range mean in a car? You’ve come to the right place. This guide will explain what the term “range” means and why it’s essential to monitor it as you drive.

Although electric and gasoline-powered vehicles differ hugely in how they produce power, the principle of the range is the same in both. Range is strongly related to fuel economy/battery efficiency.

Keeping an eye on your range is crucial so you don’t run out of gas or charge – which is always an awkward breakdown call to have to make.

In this guide, I will walk you through what range means in a car and what you can do to improve it.

What Does Mile Range Mean On A Car?

In simple terms, range is how far the car can travel before running out of fuel or charge (depending on the powertrain). It’s an approximation based on how much is left in the tank and/or batteries.

For example, if your gasoline vehicle says it has a range of 300 miles remaining, you should expect to be able to travel about that distance before running out of fuel. Of course, you’ll need to refill before then. The same principle is true for electric cars, although it uses battery charge rather than fuel quantity.

“Range” is also used to mean the maximum distance an electric car (or EV – electric vehicle) can travel on a full charge.

Use the range displayed on the dashboard to plan when you next need to fill up or recharge but don’t forget to keep your eye on the fuel gauge too. That’s the real kicker.

What Is Range In A Gasoline (Or Diesel) Car?

Fuel gauges have been a basic necessity in cars for decades. They’re relatively simple devices, usually wired to a float in the tank itself. The float drops with the gas or diesel level, increasing the electrical circuit’s resistance, slowly moving the needle in the dashboard gauge toward “Empty.”

Of course, the car also knows how large its fuel tank is. As a result, it can estimate – reasonably accurately – how much gasoline or diesel is left.

The ECU can determine your fuel economy by comparing this information with the odometer (tracking how many miles your car has driven). This is usually measured in miles per gallon (mpg). In many modern vehicles, this is displayed on your dashboard too. Canadian or European cars may use liters per 100 kilometers (l/100km) instead.

A slightly modified version of this formula can be used to work out how much “distance” is remaining in the tank:

What Is Range In An Electric Car?

An electric car calculates range using essentially the same principles. The ECU knows precisely how much charge is in the batteries in the same way your phone registers your remaining battery percentage. This reading is displayed on the dashboard for the driver to watch.

An electric car also calculates its own “fuel” economy. In EVs, this is measured as either MPGe (miles per gallon equivalent) or miles per kWh. It’s exactly the same concept as “miles per gallon” – just the electrical version.

In the same way, the same formula as the previous section can be used to calculate the remaining range.

When buying a new EV, the “range” is often quoted. This is technically the “maximum range” – the maximum distance you can reasonably expect to travel on one full charge.

Until recently, electric car manufacturers have been accused of grossly inflating this value, making an unrealistic estimate. Now, though, these numbers are more generally accepted as accurate in the real world.

What Is Range In A Hybrid Car?

When it comes to hybrids, it’s a little more complicated. There are now two factors to consider – the two different energy sources. In most hybrid cars, these are gasoline and battery-supplied electricity.

Each hybrid is built differently. For example, most use an internal combustion engine (ICE) is standard, backed up by an electrical supply. However, some send the power to the wheels from the battery (primarily), using a gasoline engine to recharge it as you’re driving.

With so many different designs, it’s difficult to accurately narrow down the exact formulas hybrid ECUs use.

It’ll be some combination of the formulas explored in the previous two sections, following the same principles. The car will work out how much fuel and charge are being used so far, on average, and use this value to calculate the approximate remaining range.

What Affects Range In A Car?

Of course, the remaining fuel range is affected by your car’s average fuel efficiency. The worse the fuel efficiency, the more gasoline or diesel you’re using to cover the same distance. Thus, the car’s range decreases.

The following factors will negatively affect your fuel economy, whether you’re driving a gasoline, diesel, electric, or hybrid car.

Behind the wheel, you should be driving smoothly. Be gentle with the throttle and brake pedals, and don’t throw the steering wheel around like a salad spinner.

Help yourself travel more smoothly by squeezing the pedals rather than stamping them. In this mindset, you’ll drive far less harshly.

In the same way, concentrate on moving the steering wheel as little as possible (where applicable). This forces you to consciously think about the car’s angle rather than just throwing it around.

Everyone knows it, but not many people accept it. The faster you drive (beyond a certain point), the less economical it is, and the more the range will drop off. Your fuel efficiency is higher because the faster you go, the greater the air resistance is. Therefore, the car needs to use more energy to maintain its speed.

There’s a sweet spot somewhere between 50 and 60 mph in most cars. It’s not always safe to drive quite that slowly, so read the road and travel as slowly as is reasonably possible.

Of course, you’ll also need to be in the highest available gear so the engine’s doing minimal work.

If your tires aren’t inflated fully, they’ll create drag by “sticking” to the road. They also require more turning force (torque), so the engine must do more work. This reduces your fuel or battery efficiency.

Tires are often overlooked. People get in their cars every day and drive off without a second thought. Yet they’re the legs of your vehicle, your only point of contact between it and the road. They need to be looked after.

Check tire pressures regularly before you drive – even if it’s just a visual inspection. You’ll probably notice if there are any signs that one of your tires is leaking air.

Modern air conditioning systems are frighteningly efficient and put very little drag on the camshaft. However, in electric cars, they use a lot of power.

There are always more and more electrical appliances in our cars. Internal combustion engines depend on an electrical supply from the alternator and battery to create the spark, igniting the fuel. The spark could fail if many other appliances draw this electrical charge away, reducing engine power and fuel efficiency.

In electric vehicles, the fewer electrical appliances you use, the better.

Improve your fuel efficiency (slightly) by turning off everything you can.

Your engine needs to perform as efficiently as it possibly can. To do so, it needs to remain at its established operating temperature. If it gets overheated, you’ll notice a reduction in fuel economy and range.

Fuel efficiency reduces with engine heat because it leads to expanding metal parts, knock, and pre-ignition. These things mean the engine has to do much more work to accomplish the same thing.

It’s also true in battery-powered cars. The batteries need coolant to stop them from overheating, inhibiting functionality. Think of your phone on a hot day and how unhappy it gets. It’s the same thing in an electric car, just on a bigger scale.

Keep an eye on your dashboard temperature gauge and watch for any alerts. If the coolant levels are normal, there could be a thermostat problem.

If your engine oil is low, there will be more frictional resistance within the motor itself, leading to worse fuel economy. Oil also plays a secondary role in heat transfer and keeping your engine clean, which also impact efficiency.

Use the dipstick to check the oil level on flat ground. If it’s below the minimum, you should top it up. Also, how much time has passed since your last oil and filter change? If it’s been more than a year or 10,000 miles, get it done.

When you plan your route, you’ll increase your range by driving along the topographically flat ground with minimal slowing down and speeding up.

The best-case scenario would be a flat road across the plains without an intersection or stop sign for miles and miles. In contrast, the worst would be driving uphill through a city and stopping at every red light.

Acceleration and deceleration have the most significant impacts on fuel economy. A car uses much more gas/battery charge to change its speed compared to simply maintaining it.

You can improve your range by planning your way carefully, even if the route is technically a longer distance.

The internet is full of nonsense regarding improving range, so let’s address a few of them here.

So, what does range mean?

A car’s range is an estimate of the maximum distance you can travel before you run out of fuel or charge.

Range anxiety has been widespread among electric car owners, who often have to carefully plan a trip based on where the available charging stations are. With time, this should decrease as more and more pop up across the country.

For now, with EVs, there’s no real way past range anxiety. You will just have to plan longer journeys carefully. Eventually, we’ll probably reach the point where charging stations are on every corner – but we aren’t there yet.

You can improve your car’s range by following the tips mentioned above. Most importantly, keep your tires properly inflated (use your owner’s handbook, not the tire) and drive gently. You’re then well on your way to upping your car’s range. 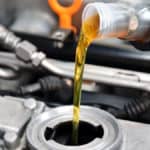