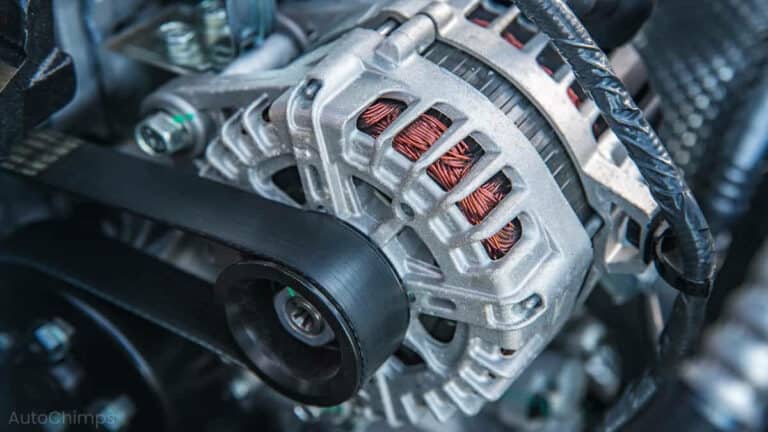 It’s easy to see why many people confuse the alternator for a turbocharger, while others confuse its function with the car battery. This guide will teach you what an alternator does and how it works.

The alternator is usually located on the front side of the engine. The purpose of the alternator is to produce electricity to power your car’s accessories, such as the air conditioner, headlights, electric windows, and so on.

You might be wondering how exactly this is accomplished. In this guide, the entire process will be described in detail.

Let’s get started by explaining the basics of an alternator first.

The Components Of An Alternator

Before we look at the process in more detail, we will explore the fundamentals of the alternator to give you a fuller understanding of how it works.

The alternator is made up of multiple components that work together to produce electricity. The two components that stand out as the most essential are the rotor and stator.

Other important components include:

Although the stator and rotor are the heart of the alternator, it would be impossible for your engine to receive power without all the components working together.

We will also look at other components, such as the housing and bearing.

As the engine starts producing power, the up-and-down movement of the pistons is converted to a rotational movement at the crankshaft.

Attached to the rotating crankshaft is a serpentine belt attached to a pulley. The same belt is connected to the alternator pulley.

The alternator pulley rotates the entire assembly or, more specifically, the rotor.

If this all sounds new to you, or you would like to refresh your memory, read our comprehensive guide “How Does A Car Engine Work”. The process is described in a simple and easy-to-understand manner.

An alternator works by electromagnetic induction. In other words, it produces electricity with a spinning magnet (the rotor) and a loop conductor (the stator).

These terms might be a little confusing unless you have recently studied physics or worked with electricity.

Put simply, electricity is the flow of electric charge. All substances consist of atoms, which in turn are made up of electrons, protons, and neutrons.

As electrons spin around the atom’s core, an electric current is produced. Depending on the direction of the electrons, a substance will be either weakly magnetic or strongly magnetic.

A magnet will have a north pole and a south pole, where the opposite poles attract each other. The rotor, in this case, will rotate inside the stator, pushing the electrons in it.

If you would like to learn more, Wikipedia has a great detailed article explaining the science.

The rotor consists of “claw poles.” One side of the “claw” is a north pole, while the other is a south pole. Being close to each other, and alternating from north to south, a strong magnetic field forms.

In other words, the rotor works as an electromagnet. Due to the rotational movement of the pulley, it will spin and act as a magnet, pushing electrons to the stator.

By now, you have probably realized that the stator plays a big role together with the rotor.

The stator is what surrounds the rotor. It is stationary and consists of coiled copper wire. As the rotor spins, electrons will be pushed to the stator.

Basically, it is a receiver of electrical current. Due to the spinning motion of the rotor and the different magnetic poles, alternating current is produced.

The voltage regulator determines the amount of power that is distributed from the alternator. It is important to be aware of how great the alternator’s output is.

A greater electromagnetic effect will occur by powering the wires between the claw poles, thus producing more power. It does this with the help of brushes located at the rear of the alternator.

Remember that the rotor is powered by the pulley, whose speed depends on the engine speed. A voltage regulator can regulate the voltage regardless of engine speed (as long as it is not zero).

In order for the battery and other electrical components to work, direct current (DC) has to be used instead of alternating current (AC).

A rectifier converts the alternating current produced by the rotor and stator to direct current. The direct current is then used to charge the battery and power the electrical accessories of the car.

The Function Of An Alternator

As mentioned previously, the way an alternator works seems simple, yet many things are needed for an alternator to produce electricity.

The battery is responsible for starting the car and storing electricity when the engine is not working. As you turn on the engine, the alternator replenishes the battery, preventing it from depleting.

The alternator powers almost all electrical components that you use in your car, such as the AC, power windows, heated seats, and so on.

Because of this, a problem with, for example, your electric windows may be due to an issue with an alternator. If you suspect a faulty alternator, you can test it easily with a voltmeter.

Thankfully, it is not very common for an alternator to go bad, but it does happen. If you are one of the unlucky ones, you will need to repair or replace it, which can cost from $100 up to $1000. 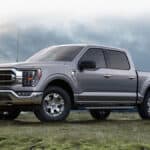 What Does XLT Mean On A Ford Truck?