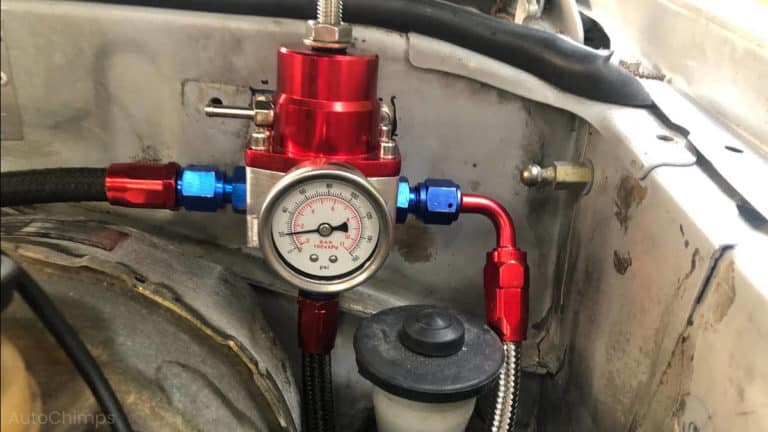 Most people know how to handle a dead battery.

The same goes for a flat tire or an empty gas tank, as the solution is common knowledge.

But what if there is a problem with a part that you have never heard of?

What are the symptoms of a bad fuel regulator?

Thankfully, in this helpful guide, we will cover each of these in detail. But first, let us review what a fuel regulator is and how it works.

What Is A Fuel Regulator?

One great thing about the fuel pressure regulator is that its purpose is nicely described in its name.

That’s right, it regulates fuel pressure. Not only that, but it also does so for the amount of fuel sent to the injectors (on vehicles with direct injection).

The amount of fuel an engine needs depends mostly on what is being asked of it by the driver. As an example, cruising at 45 mph requires less fuel than hard-accelerating from 45-60.

For proper ignition inside the combustion chamber, there has to be a precise mix of air and fuel. When this balance leans one way or another, it’s referred to as running rich (too much fuel) or lean (too much air).

The fuel pressure regulator is in charge of how much fuel there is and how much pressure it has when going through the injectors.

Now that you understand what a pressure regulator is – let’s look at how it works.

How Does A Fuel Pressure Regulator Work?

The moment you turn your key in the ignition, the fuel pump draws out a specific amount of fuel from the gas tank. It then gets passed through a filter before continuing on in the fuel line toward the injectors.

Once there, it’s injected into the combustion chamber and ignited.

Say hello to the fuel pressure regulator. This small yet crucial part ensures that the amount of fuel sent via the fuel pump, and how much pressure it has, does not go higher than it should.

If the fuel pressure is higher than needed, the regulator stops the flow and returns the excess to the fuel tank.

If there’s an issue with your fuel pressure regulator, too much or too little will end up in the combustion chamber, which has several side effects.

What Are The Symptoms Of A Bad Fuel Regulator?

Early signs of a failing fuel pressure regulator include engine misfires and poor acceleration and fuel mileage. The reason we batch them together is that each is caused by the same thing, the air/fuel mixture being off.

If your vehicle displays any of these symptoms, you may want to bring it in before any of the next ones appear.

Black Smoke Coming From The Exhaust

This symptom stems from the engine burning too much fuel (running rich). As the excess fuel burns off, it produces black smoke, which will exit out the tailpipe.

If your vehicle starts to look like the poster child for a “Stop Global Warming” campaign, there might be an issue with your fuel regulator.

However, there’s no way to be sure of the exact cause unless you have it checked.

One indicator that the air/fuel mix inside the combustion chamber is off is if the spark plugs tips are covered in a black powder-like substance.

As you might have guessed, a bad fuel pressure regulator can often be the culprit. If you notice this symptom coinciding with a few of the others on your list, it might be time to have your fuel system inspected.

Gasoline In The Vacuum Hose

The vacuum hose is directly attached to the fuel pressure regulator, if there’s fuel in it, you’ve got yourself a problem.

The only way to know for sure is to turn the vehicle off, detach it, and look. If there is, it suggests the fuel pressure regulator is leaking.

Be sure to watch for fuel dripping out of the tailpipe, which is another sign of a leaking fuel regulator.

If your engine is running rich, it may backfire while decelerating.

Not only that, but you may also notice it hesitate before reducing speed, making it one of those issues that can become a safety hazard pretty quickly.

The fuel regulator is not an expensive part to replace (more on that later), so why ignore it if it has an issue? Instead, if your car starts backfiring, get the fuel pressure regulator tested.

Here’s the most apparent symptom – an engine that won’t turn over.

The fuel regulator is in charge of providing the right amount of fuel for any situation, including starting the engine in the first place. If there is not enough, it will not be able to fire up.

You may be able to get the engine started initially, but eventually, it will fail altogether. Many things can keep a car from starting, so be sure to look for other symptoms on this list to be sure.

The fuel pump makes noise, but it should never reach the point where it’s annoying. If yours has started making a “whirring” sound, it might be going out. However, the noise may also be caused by a faulty fuel pressure regulator.

The sound should be most noticeable when the engine is under stress, such as while accelerating, climbing a hill, or towing a trailer.

Fuel Drips Out Of The Tailpipe

Like gasoline in the vacuum hose, a bad fuel regulator may be the culprit if fuel drips out of your tailpipe. The fuel regular has several seals, which can leak when worn or damaged.

If a fuel leak is present, it means your engine will not get enough, which will display as the engine having reduced performance.

How Much Does It Cost To Replace A Fuel Pressure Regulator?

In most cases, if you have your fuel pressure regulator tested and it ends up being faulty, replacing it is the best option. Depending on the make and model of your vehicle, this can run anywhere from $150 to over $1000.

However, the average cost to replace a fuel pressure regulator is about $250.

This amount is nothing compared to what it could be if ignored. For this reason, keep an eye out for any of the above symptoms to ensure you catch them as early as possible.

What Are The Risks Of Ignoring A Faulty Fuel Pressure Regulator?

Regardless of how mild the symptom might seem, what’s happening behind the scenes is not healthy for your engine.

The fuel regulator gets its data from the ECM, which is connected to nearly every other system. Sensors preceding the fuel regulator will then receive incorrect data and relay it back to the ECM, throwing everything out of sync.

You then have issues that can cause the car to behave differently and/or make it a safety hazard. These include backfiring, lack of power, not starting, and gas leaks.

How Do You Maintain A Fuel Pressure Regulator?

One of the best ways to ensure your fuel regulator lasts as long as possible is to replace your fuel filter every two years or 30,000 miles.

Another way is to only fill up at Top-Tier gas stations, which hold a higher average quality of gas than others.

At The End Of The Day, It Could Be Worse

If you find yourself with a faulty fuel pressure regulator, you have a few options. Test it yourself, or take it to a shop and have them test it.

You can then decide to buy the part by itself and replace it yourself or have them do it.

Regardless, a bad fuel pressure regulator is not the end of the world so long as you handle it promptly. 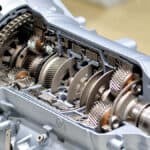 How Much Does A Transmission Rebuild Cost?