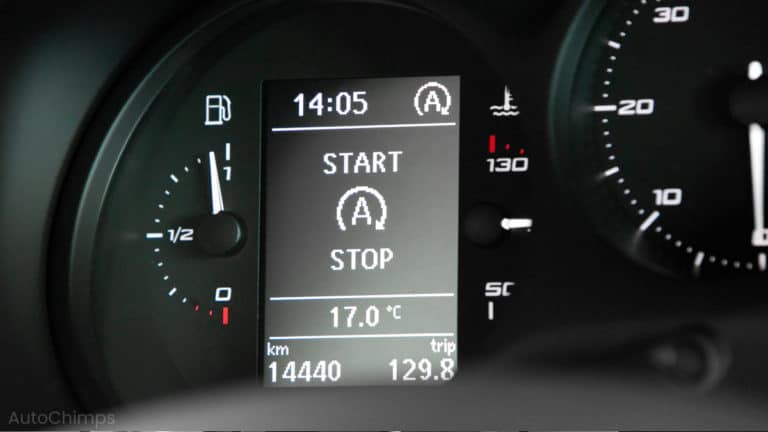 Have you ever found yourself in a position where your car just didn’t seem to want to start?

Thankfully, there’s a decent chance that the cause is something minor. If you’re asking yourself: “why won’t my car start?” – then you’re in the right place.

First, there are the causes that you don’t share with your friends, like running out of gas, not being in park, or not having your foot on the brake. Beyond that, you may simply have a malfunctioning anti-theft device or an issue with your ignition switch, starter, or fuel filter.

Thankfully, this guide will cover the most common reasons your car won’t start and how to fix the issue.

You Have A Dead Battery

If your car does not start due to a dead battery, count yourself lucky because there are several easy fixes to resolve this by yourself at home.

If the battery is merely dead, caused by something simple like leaving the lights on or from sitting in sub-zero temperatures. A jump-start may be all that’s needed, which is easy to perform and doesn’t cost a dime.

This requires attaching a pair of jumper cables from one car battery to another. Just be sure to connect to the correct terminals, positive to positive (red) and negative to negative (black).

Then, start the car that has the charged battery, let it idle for a minute or two, and then attempt to start the dead one – it should crank right up. If not, you may need to replace your battery with a new one.

There may also be corrosion on the terminal points, which can spoil the connection between your battery and your starter. You can clean them by scrubbing them with a toothbrush dipped in vinegar or lemon juice. You can also purchase an automotive specialty product designed to remove corrosion.

Your Ignition Switch Is Defective

The ignition switch is the cylinder you put your key in. As you might have guessed, if there’s an issue with it, there’s a good chance it’s the reason your car isn’t starting.

Thankfully, it is pretty apparent if the ignition switch is failing.

The first is noticing the key won’t turn, which suggests the problem might be the key itself. Be sure to inspect the key for any signs of wear or damage. If it’s cracked, you should avoid using it to ensure it doesn’t break off while in the ignition.

If the key seems fine, it may just be that the internal mechanics need to be lubricated. A simple way to do this is to spray it with some WD-40, insert it, and cycle it back and forth a few times.

Another indicator is if your dash or dome lights are flickering or if your car struggles to stay running after it starts.

The ignition cylinder itself is rather affordable, so in most cases, your best bet is to just replace it rather than attempt a repair. Expect to spend between $80-$210 for the parts and about $60 for labor.

You can also replace it yourself if you have a few hours available, and you should only need a few regular tools found in most simple toolboxes.

The Fuel Filter Is Clogged

Your car needs fuel to start (obviously). If your fuel filter is clogged, not enough will reach the combustion chamber, where the energy that powers the engine comes from.

The fuel you get from the station is also filled with debris like dirt, metal, and dust that can harm your system. A clogged filter will allow these particles to reach your engine and possibly damage it.

If you notice your engine hesitates when pressing the gas pedal or if it sputters, this is a clear sign that you need a new fuel filter. Most last for around 2-years or 30,000 miles, so if it’s been a while, it may be time to replace it.

Thankfully, it is not an expensive item to replace and should only cost between $55 to $165, depending on your make and model. You can also replace it yourself for anywhere from $15 to $60.

Afterward, your car should start right up. If not, you might also have a damaged fuel pump, which can fail due to a clogged filter.

You Have A Faulty Starter

After the ignition switch, the starter is the next component in charge of getting your car started. If it’s failing, there’s a good chance you run into car starting problems. The starter is what physically gets the engine moving, which, as you might have guessed, is a crucial step in the process.

Thankfully, a starter will typically last for between 100,000 to 150,000 miles, and it’s fairly obvious when it does decide to call it quits. The most common symptoms are hearing a grinding or whirring sound when turning the key or having interior lights, but the engine won’t crank over.

Oddly enough, if you think your starter is going out, it may only require a few good smacks with a shovel. Lightly tap it a few times and then try to start your car again.

You can also check the wiring connections, which may have become loose. If you do need to replace it, expect to spend between $350 to $575 for a shop to perform the work. Otherwise, doing it yourself (DIY) isn’t too hard if you have an hour or two of free time.

Your Anti-Theft Device Is Malfunctioning

Car theft is an issue all across the nation, with nearly 722,000 of them having been stolen in 2019 alone. In response to this, many car owners choose to install security devices if their vehicle does not already have one.

Thanks to a chip installed on the side of the key, these devices will not allow the engine to turn over. Meaning if you are using the wrong key or the device is broken, the engine won’t even try to start.

Many auto dealers also install chips to keep track of their inventory. You will often find these under the driver-side dash, and if it is not inserted, the car will not start. These usually have a small hole on them so you can attach them to your keyring.

If a “theft” light shows on your dash, check to make sure this chip has not slipped out. If it has, try pushing it back in.

Why Is Your Car Not Starting?

Finding out your car is having starting problems can be stressful. Thankfully, it does not always mean it’s something severe.

Most of the fixes can be done by yourself at home. If DIY projects aren’t your thing, then be sure to see an auto professional to get it resolved. 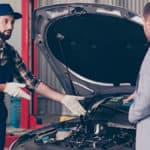