If you notice any unusual sounds coming from your car, you should take it to a mechanic. This rule applies to all noises: loud, quiet, squeaking, ticking… you name it.

Any noises developing under acceleration are related to increased engine load.

The problem might be a mundane, simple fix. However, it might be as severe as an overheating engine, potentially ending in a seizure. Not good.

This guide will run through some of the most common causes of a loud engine when accelerating. No matter the root cause, it’s worth taking your car to a mechanic for:

Even if you manage to stop the noise, checking for any lasting damage is essential.

Without any further ado, let’s talk about these loud noises your car’s making under acceleration!

Why Does My Engine Sound Louder When Accelerating?

It is perfectly normal for engines to get louder when you accelerate.

In an automatic vehicle, the transmission shifts down a gear (or two or three). In a standard, you’ll do this yourself. By doing so, the engine is forced to rotate much faster to maintain the same speed.

The faster your engine turns (“revolves”), the more noise it’ll make. That’s why it’s so much louder in your car on the freeway than when driving around town.

Engine speed is measured in revolutions (“revs”) per minute, or RPM.

However, if your car engine is louder than normal when accelerating, there could be a deeper issue.

What Loud Sound Is The Engine Making Under Acceleration?

This guide will be split into the different sounds you might be hearing. It will then suggest some common issues based on the noise.

If your engine sounds louder under acceleration, you could have a blowing exhaust.

When an exhaust blows, the gases leak out somewhere before the tailpipe.

It’s possible to find where your exhaust is blowing, provided you do so carefully.

Usually, exhausts blow somewhere in the piping (due to moisture buildup and rust), in the muffler (at the rear), or at a connecting sleeve.

That said, it’s always possible for a hole or crack to open up in the manifold or the downpipe. These two sections, the first two channels the gases travel through after leaving the engine, are found at the front of your car.

If they’re blowing, your engine will sound louder all the time. However, it’ll be especially pronounced under acceleration.

Squeaking Or Squealing When Accelerating

Are you noticing a squeaking or squealing sound from your engine when you speed up? If so, check the serpentine drive belt before anything else. It’s by far the most likely cause.

You’ll hear this squealing in a regular pattern relative to your engine speed. Thus, accelerating would mean more of it.

Open the hood. That big black belt you can see looping around several pulleys? That’s the one to look at.

When a belt starts to get brittle or loses tension (for some reason), it can’t “hold onto” the pulleys.

Think of it a bit like your tires. When they slip on the road, you hear that tire squeal. It’s the same thing for the rubber belt outside your engine.

So, as you’re checking your belt out, does it look frayed or worn? Is it loose? It should be tightly attached to the pulleys with no signs of wear and tear. If you notice any warning signs, replace the belt.

While you’re there, run the engine. Of course, you should ensure it’s in Park with the handbrake on. Remove any dangly items of clothing or anything that might snag.

Are all the pulleys spinning? If the belt is passing across one that’s seized, it’ll create the same squeaking noise. In this case, you’ll need a new pulley too.

Take your car to a mechanic. They’ll use the tensioner – inbuilt or otherwise – to remove the old belt (and maybe a pulley) and replace it.

A banging or knocking sound under acceleration could be caused by damaged motor mounts or bearings.

As you accelerate, the banging noise might come from the engine block leaning backward. You know how you get thrown back in your seat when you slam your foot down? That’s what’s happening to your motor, too.

The block will move around as the forces acting on it constantly change. This could create a banging-type sound.

Although new bearings and mounts aren’t too difficult to replace, mechanics will need an engine hoist. Depending on the damage, they might need to spend some time repairing the immediate area too.

As such, it’s difficult to put a figure on the repair cost. Expect to pay at least $75 per hour, plus parts. This will likely end up somewhere around $400 to $700.

A ticking or tapping sound is often a sign of wearing down components. In some cases, it’s nothing to worry about. All cars and engines have limited lifespans. They aren’t immortal.

However, it could also be a sign of low oil. You’ll probably see the temperature gauge start overheating, too. This tapping/clicking could be components hitting each other where they aren’t lubricated enough.

Park on level ground and turn your engine off. Check your oil level using the dipstick. Is it low? Top it up, ensuring you use the right motor oil (check your owner’s manual).

Other potential causes include issues with the valvetrain, spark plugs, and camshaft.

Sometimes, cars just make noises. It might be nothing to worry about. That said, take your vehicle to a mechanic and let them tell you that. Don’t sit back, do nothing, and hope for the best!

Grinding sounds under heavy acceleration isn’t good. It’s rarely a simple, damage-less fix. Prepare yourself for what could be a significant repair investment!

If you hear a grinding sound coming from your engine as you accelerate, immediately pull over. Should your transmission break while driving, you’ll be in a very dangerous situation. At the side of the road, call for breakdown assistance.

The grinding noise you’re hearing isn’t likely to be the engine, contrary to what you’ll read on the internet. Well – if it is, it’s probably beyond saving.

It’s more likely to be your transmission or a driven rotational component, such as a CV axle. It could be a catching brake pad or a badly breaking wheel bearing.

Whatever it is, it’ll need removing and either replacing or rebuilding. A transmission rebuild could cost you a few thousand dollars. For the other jobs, expect to pay between $200 and $500.

What’s The Most Likely Reason For A Loud Noise When Accelerating?

If your engine simply sounds louder, check for a blowing exhaust. Remember, this could be anywhere, from the manifold all the way through to the tailpipe.

Otherwise, check out some of the other suggestions above.

In the end, you might decide that you just have a loud car. That’s okay! It’s better to be safe than sorry.

As always, a quick look down a page on the internet is helpful, but no match for an in-person inspection.

Take your car to a mechanic. They’ll have a detailed look for you. In the end, they might tell you everything’s fine – don’t be embarrassed! It’s their job, and it’s better to be safe than sorry. 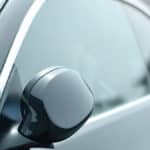