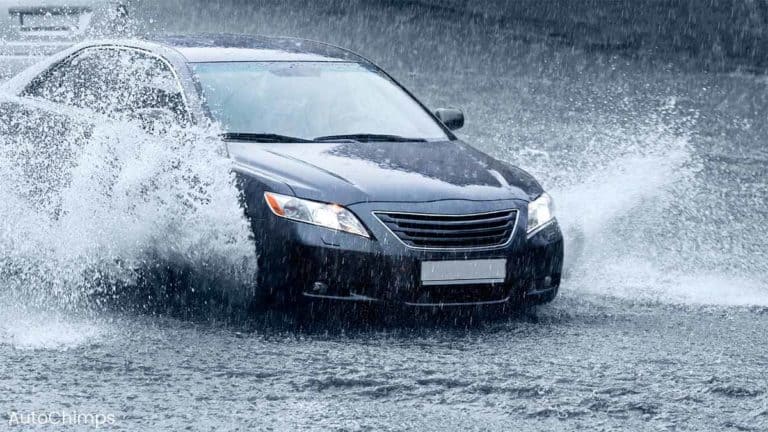 Aspiration is that coughing and choking feeling you get when food or liquid goes down “the wrong pipe.”

Something similar also occurs if too much water enters your engine, it’s called hydrolock, and it can cripple your car!

What is a hydrolocked engine, and how do you fix it?

Engine pistons are designed to compress a mixture of air and fuel – not water. Because of this, if enough water enters the cylinder, it may hydrolock, meaning they all stop moving at once.

Much of the resulting damage depends on how fast you were going when it happened.

Thankfully, this guide will explain everything you need to know about a hydrolocked engine. This also includes what prompts an engine to hydro lock, if it can cause damage, and how to fix it.

Are you ready to get started?

What Causes An Engine to Hydrolock?

The actual term is Hydrostatic Lock, which has been shortened to hydrolock. This happens when too much water enters the combustion chamber.

When a piston reaches the top of its travel range, if the volume of water inside is more than the amount of space left, hydrolock will occur.

Why? Because water is less compressible than the air/fuel mixture inside. So, when the piston attempts to compress it, all of the cylinders will stop at once.

This will result in crashing or knocking sounds inside the engine that will last several seconds, followed by it shutting down.

What kind of situation can result in water entering the cylinders? There are many examples, like driving in a downpour or going through a deep puddle. This is one of the reasons that flood-damaged vehicles are often totaled afterward.

It’s also possible for the hydro lock to occur from other liquids, like oil or coolant. However, remember that if this happens, it likely means you have a severe issue inside your engine, like a blown head gasket or a crack in the block.

Does Hydrolocking Harm An Engine?

Hydrolock can be very harmful to an engine and may require its replacement entirely. However, the speed you were going is what usually determines the extent of the damage.

While the RPMs are low, such as when you’re idling or moving slowly, only a small amount of water may enter. In this case, you need to act swiftly to remove it before it causes corrosion issues.

If you were going fast when the hydrolock occurred, where the RPMs were high, severe damage might occur.

When associating the words “metal” and “water,” the first thing most of us think of is rust. This is precisely the case with hydrolock.

If you don’t act quickly to remove the water, your engine will rust, which will likely render it useless.

How To Fix A Hydrolocked Engine

Whether a fix is possible depends on the amount of water that has entered, as well as how long it’s been there.

If you were moving at a slow rate of speed when the RPMs were low, you might be able to clear the system of water by yourself.

This involves removing the spark plugs, starting the engine, and then revving it while it’s in park. You should notice water spewing out of one or more cylinders. You should also replace the spark plugs with new ones. Though, in an emergency situation, you should be able to just dry yours off.

It’s also important to wipe down the cylinder walls to remove moisture that might cause corrosion. Though, again, if you don’t have access to a safe space, you can always do this once you are.

The other possibility is that there’s a lot of water inside your engine. In this case, there’s really nothing you can do other than salvage what you can and replace the rest. In a worst-case scenario, a hydrolocked engine can cost anywhere between $3,000-$8,000.

What’s the best course of action if you think you’ve hydrolocked your engine?

Don’t wait – because the longer you do, the better the chances you will end up with corrosion damage.

The worst case is that your engine is shot, and you need a new one. Don’t ignore this one. Your bank account will thank you later. 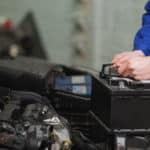