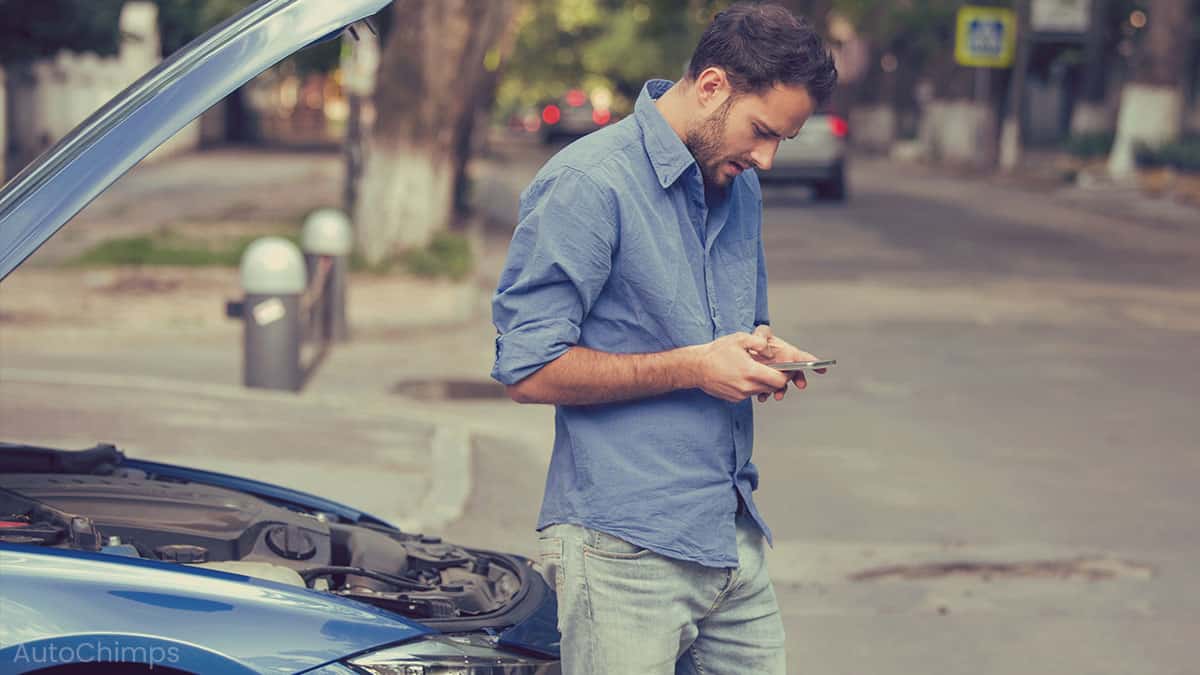 If you notice any symptoms of a seized engine, you shouldn’t try to drive your car. If the engine locks while driving, immediately put your hazards on, pull over, and stop without hesitation.

When it comes to the automotive world, a seized engine is pretty much as bad as it gets. Without the motor driving your vehicle, you’ll have almost no control whatsoever. The engine will be impossible to restart, and you’ll probably need a replacement.

Within your motor, there are many moving metal parts. The crankshaft, pistons, connecting rods, valves, and camshaft, to name a few. If just one of these stops working, it could quickly lead to a seized engine.

Cars are a feat of exquisitely designed engineering, but something’s always bound to go wrong.

If you notice any signs of your engine being about to seize (explained in this article), you should stop driving and turn your car off as soon as possible.

This article explains what causes a seized engine and what you should do next.

What Are The Symptoms Of A Locked Up Engine?

The parts within the motor become physically stuck, leading to much more damage throughout the block. This damage can also transfer through the rest of the drivetrain, causing untold amounts of destruction.

Needless to say, a locked engine is a severe crisis with potentially dire consequences. Here are some of the main symptoms of an engine seizing.

Engine components are smashing against other parts they aren’t supposed to be hitting. This creates a cacophony of terrible-sounding noises that will rapidly get worse and worse.

Expect the knocking sounds to be pretty consistently matched with your engine’s speed, measured in revolutions per minute (rpm). For example, at 2,000 rpm (seen on your dashboard), you’d expect to hear a cycle of about 33 repetitive noises per second.

Modern cars have highly advanced ECUs that can detect problems as they occur. You can expect to see many lights appear on the dashboard, warning you of the immediate crisis.

As seems to be becoming common driving culture in some places, don’t ignore dashboard warning lights! They could be the difference between a relatively low-cost fix and a dangerous car crash resulting in thousands of dollars in damages and write-offs.

In particular, the Check Engine and oil warning lights are likely to illuminate. When the ECU realizes there’s any problem with the engine, it switches the Check Engine light on. Likewise, blockages and breakages will impede the oil flow, causing this light to come on.

When an engine locks up, it essentially no longer works. In the minutes or moments before seizing completely, performance levels will drop significantly. Expect to feel poor acceleration, struggling at idle, stalling, trouble starting, and difficulty driving uphill.

Modern cars will default to Limp mode, also known as Limp Home mode. This shuts off every non-essential aspect of the car to protect itself, forcing you to drive incredibly slowly to the nearest mechanic you can find.

When the engine does eventually seize, everything will stop dead.

What Causes An Engine To Lock Up?

The best way to keep your engine from seizing is through regular maintenance. It’s often neglected by the average vehicle owner. Still, it’s an essential aspect of looking after your car in the long term.

Most of the time, engines lock up because of excessive heat or physical damage to internal components. When the metal parts within the engine get too hot, they can expand and quite literally get physically stuck.

Sometimes they even fuse themselves to the metal part they’re rubbing against. Physical damage can also occur due to rust, contaminated oil, or significant amounts of debris within the block.

You should always watch your temperature gauge. If it starts spiking, there’s most likely a problem with your coolant or oil system. Ensure both are topped up to the correct level and allow the engine to cool before restarting it and seeing if the temperature’s back under control.

Without the correct lubrication, everything goes wrong. Make sure you regularly take your vehicle for oil and filter changes. Most seized engines occur because of neglecting this aspect.

Con rods, piston rings, bearings, and more can be physically damaged. If they break off, they’ll shoot around within the engine and cause even more destruction, eventually stopping it in its tracks.

As a final note, engine seizing can be just by a significantly out-of-sync timing belt or chain. If the timing is wrong, it’ll lead to knock, increased temperatures, and low power. In interference engines, the valves could be destroyed by the pistons, leading to the same thing.

You may have also heard of a hydrolocked engine. This is caused by water entering the combustion chamber. It can’t be burnt or compressed, so it damages the metal pushing against it.

What Happens When An Engine Locks Up While Driving?

If the engine seizes up while driving, it’ll most likely sound rough for a short time before it just suddenly stops. Without warning, everything will go quiet, although the electronics in your vehicle will probably still work.

It’s not like the movies. The car won’t suddenly do a forwards flip and land on its roof. Put the car in Neutral and carefully coast over to the shoulder, putting your turn signals or hazard warning lights on immediately.

Therefore, it’ll take a lot more effort to bring the car to a halt, and the steering will feel much heavier than usual. Make sure nothing stops in front of you, as there will be little to no way of avoiding them.

The key is to stay calm and pull over, bringing the car gently to a halt as quickly as possible.

What Are The Signs Of A Seized Engine?

If you think your car’s engine has seized up, you’ll be unable to start it.

When you turn the key in the ignition, you’ll most likely hear a click and the sound of a motor trying (but failing) to turn. This is the starter motor engaging its pinion with the flywheel. However, the flywheel won’t be able to spin, creating the awful sound you can hear.

Don’t mix it up with the classic discharged battery symptoms, which can appear the same. If you have a locked engine, it will have stopped very suddenly while running.

Motors can’t seize up while switched off unless they’ve picked up damage after standing for many years. If you saw no sign of a battery warning light, there’s another indication that the problem isn’t electrical.

When you take your vehicle to a reliable local mechanic (it will need to be towed or carried on a flat-bed), they’ll first check the electrical components and use an OBD II code reader to read the car’s logs on what happened.

They’ll then remove the engine and try to manually crank it. If they can’t, it’s definitely seized.

Can You Fix A Seized Engine?

It might technically be possible to fix a locked-up engine, but you shouldn’t. For a start, it’ll be more expensive than an engine replacement.

Secondly, it requires welding, and even expert welding isn’t as strong as cast metal.

Finally, a seized engine can do all sorts of damage throughout the block and beyond. If just one of these tiny cracks is missed, it could happen all over again.

Your best option is a replacement engine. This will cost thousands of dollars, but it’s realistically your only option if you’re determined to keep your car.

Sadly, the best option for most individuals is to scrap the car and buy a new one. 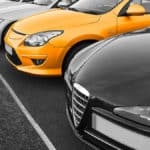 How To Buy A Car With No Title