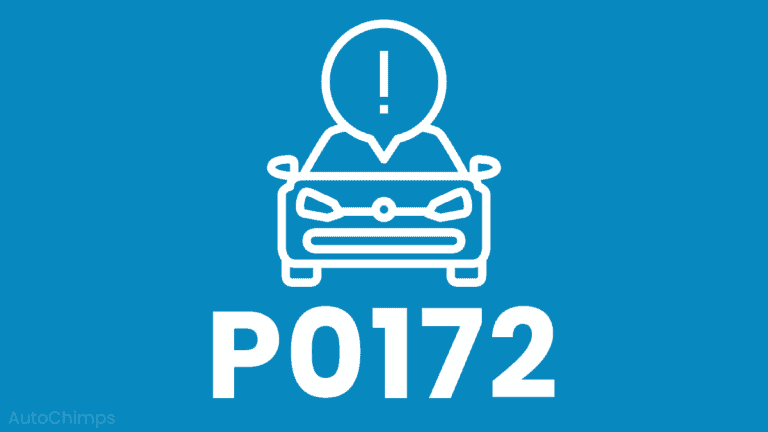 Your car’s Check Engine light has come on, and you’ve identified that the ECU has stored the P0172 code. Okay. What now?

You should take your car straight to a mechanic. Yes, the situation isn’t immediately life-threatening, but the longer you leave it, the worse it’ll get. (This also means a larger repair bill.)

Don’t take any chances. Book your car in now.

In most cases, you’ll need to put aside a few hundred dollars for this repair (whatever it turns out to need).

In this guide, I will explain what the P0172 code is, including symptoms, causes, fixes, and some broad cost estimates.

What Does The P0172 Engine Code Mean?

In general, it means sensors have detected too much fuel (in relation to oxygen) in the exhaust pipe (and thus in the engine).

Remember, air and fuel are mixed in (or before) entering the cylinder. Thus, the P0172 code could also mean there’s too little air.

In the context of ratios, terminology doesn’t make that much difference. ‘Running rich’ means there’s too much fuel compared to the air. Another way of saying this is too little air compared with gasoline.

These mean the same thing.

Note: too much air compared to fuel (or too little fuel compared to air) is known as ‘running lean’.

“Bank 1” refers to the exhaust pipe side (left or right).

In V-engines (such as a V6 or V8), “banks” of cylinders make up each half of the “V” shape. For example, in a V8, each bank contains four cylinders.

Each bank has its own exhaust pipe leaving the manifold. This is good for flow and means you can identify on which side of the engine any problems develop.

These two banks are (creatively) referred to as Bank 1 and Bank 2. Bank 1 is the exhaust system, cat, and oxygen sensors attached to the bank containing cylinder #1.

Bank 2 is just the other one.

Every manufacturer numbers cylinders differently. Check your owner’s manual to find which one it is. Once you know this, you’ll have found Bank 1.

Two oxygen (otherwise known as O2 or lambda) sensors are located in each exhaust pipe. One is before the catalytic converter (upstream, aka Sensor 1), while the other is after it (downstream, Sensor 2).

The oxygen sensors’ combined job is to monitor the performance of the cat. This, in turn, removes pollutants and hydrocarbon particulates (unburnt fuel, or soot).

The readings from the oxygen sensors are sent to the ECM, part of the ECU. Here, the system analyzes them. If the readings show it’s necessary, the Check Engine light illuminates, and the DTC is stored.

The P0172 code indicates that the catalytic converter can’t remove all the hydrocarbons from the air simply because there’s too much of it.

Unburnt fuel, of course, comes from the engine. In this case, it comes from the bank containing cylinder #1 (Bank 1). One or more of these cylinders are ‘running rich’.

When an engine trouble code is stored, the Check Engine light illuminates. An OBD II reader (code scanner) can reveal what the ECU thinks has happened.

Aside from the Check Engine light and the stored code (only visible via the scanner), you might notice any of the following:

These all stem from the rich fuel ratio. Too much fuel in the chamber means the combustion isn’t as efficient as it should be. This translates into all the symptoms mentioned above.

Almost anything could be causing a rich fuel mixture. The most common are some of the easiest to fix:

New spark plugs are a straightforward job in most cases (Boxers and certain V-engines aside). Oxygen sensors are usually relatively easy for a mechanic, too.

If these causes are eliminated, the list of possible causes widens considerably. The issue could lie anywhere in the ignition or emissions systems.

You should get the following checked out, although this is by no means an exhaustive list:

As with most emissions-related problems, the most effective solution is to go to a mechanic. They’ll have seen this sort of thing hundreds of times and can use advanced scanners to zone in on the problem.

Usually – but not always! – a new oxygen sensor or set of spark plugs fixes the problem.

Mechanics should use testing equipment to find the component(s) that isn’t working. This can then be replaced.

It’s also a good idea to use cleaning services and additives. Sea Foam in the fuel tank helps clean the injectors, while a carbon cleaning service could clear out your exhaust system.

There’s no easy answer to this. Fixing a trouble code is more complex than buying a single new part.

The price you’ll pay is entirely dependent on the identified necessary repair.

Here are a few (broad and approximate) general estimates. Remember that you might need more than one of these!

Although there are some big numbers here, don’t lose hope just yet! Wait to see what the mechanic tells you.

Concluding Thoughts On The P0172 Code

The Check Engine light may be annoying to some, but it’s there for a reason. Literally.

Don’t ignore it! The longer these things are left, the worse (and the more expensive!) they become. 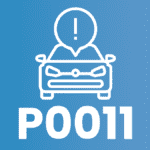