The P0302 code refers to a misfire in cylinder #2. Any misfire is far from ideal and needs fixing as soon as possible.

In this guide, I will talk about the P0302, why there’s a misfire, and what you can do to fix it.

I will start by looking at what the P0302 code means.

The P0302 is described as “Cylinder #2 Misfire Detected.”

No surprises here; this means you have a misfire in the #2 engine cylinder.

It’s a serious problem because the reduced power will impact your ability to react. The imbalanced motor could strain weaker components and joints, and your fuel economy will also decrease.

If an OBD II scan reveals a P0302 code, address it immediately.

Which Cylinder Is Cylinder #2?

This is a good question. To make it interesting, there isn’t an international standard for how manufacturers number cylinders.

The rule is usually consistent within one manufacturer and its engine types. Of course, there aren’t that many possible options.

Most manufacturers start counting at the timing cover end of the block. The first cylinder would be “1”, the second “2”, and so on. But you should still always check because, as mentioned, there’s no standard.

As you can see, it’s sometimes tricky to tell which cylinder is #2.

Your owner’s manual should have the answers. You could also turn to the internet – just make sure you double-check your sources.

One last thing to note – the cylinder number isn’t the same as the firing order. Don’t get those mixed up. You’ll waste your time inspecting the wrong cylinder.

What Are The Symptoms Of The P0302 Diagnostic Code?

The main symptom of a misfire in cylinder #2 – or indeed any cylinder – is reduced power.

You’ll still be able to drive along okay, but you’ll feel a pronounced dip in power output. This is most clear when accelerating hard or attempting to travel at high speeds.

You’ll also feel vibrations, especially through the gear selector. The misfire makes the engine imbalanced. These vibrations then travel through the transmission and chassis and into your cabin.

You’ll also experience a rough idle. The car might feel like it’s about to stall at any moment when you aren’t moving or revving the engine.

The engine still uses the same amount of gas, but its overall output is lower. In other words, it’s less efficient, and you’ll see your mpg decrease.

Misfires can be caused by almost anything. In one cylinder, these include (but aren’t limited to):

The root cause could also be emissions-related. These lead to the ECU mixing the air and fuel to be too rich or lean. As a result, you get a misfire.

In most cases, these would impact all the cylinders rather than just #2. However, they’re still worth checking out. If there are other faults in cylinder #2, these might be making it more prominent.

How Do You Fix A Cylinder #2 Misfire?

To fix the P0302 code, you’ll need to find and repair the underlying cause of the misfire.

If there are any other codes present, note them down. They might be related, especially if they’re to do with misfires or emissions.

Follow the order below when inspecting components. They’re ordered by the most likely.

9 times out of 10, a fundamental ignition component will have clogged up or failed. Replace the old, faulty part with a new one.

In the case of spark plugs and ignition coils, consider replacing the whole lot if you can. Fuel injectors tend to be too expensive for this.

Beyond these components, you’ll need professional help to diagnose and fix the cylinder #2 misfire.

Realistically, if the problem doesn’t lie with the basic ignition components – and it often does – then you should head to a mechanic.

In the shop, mechanics can do many more in-depth tests. For example, they might do a compression test to see if the cylinder holds pressure. If this fails, it likely has a broken piston ring or a crack in the wall.

They can also do more detailed checks on your valves and internal mechanisms.

Finally, with the in-depth code readers’ mechanics have, they might spot something you can’t see.

How Much Does It Cost To Repair A P0302 Engine Code?

Provided the misfire is an ignition component, you shouldn’t expect to pay too much. Here are a few estimates for you to chew over.

Emissions components are a bit more complicated to estimate. You should be able to get your system cleaned out with a carbon cleaning company. This might cost around $100.

You could also buy a carbon-cleaning fuel supplement for as little as $15. These might help, although you should use them a few times if the problem’s severe enough.

You’ll need an expensive diagnosis and repair if it comes down to an ECU fault. Expect to pay up to $1,000 and quite possibly more. Thankfully, this is rare.

In a worst-case scenario – if cylinder #2 isn’t holding pressure – you’ll need an engine rebuild. You should expect to pay at least $3,000 for this.

Seeing a P0302 engine code might be off-putting, but at least it’s letting you know exactly where the problem is. This saves more diagnosis work and means you can focus on finding the problem.

If you have a more severe problem, consider how much the car is worth. Is it worth scrapping it and buying a new one? Maybe.

In the vast majority of cases, the misfire in cylinder #2 is down to the spark plug. It’s also not uncommon to see the ignition coil have a problem. Injectors aren’t the root cause quite so often.

Your cheapest option is to try to diagnose and fix the problem yourself. If you aren’t sure, head to your trusted local mechanic. 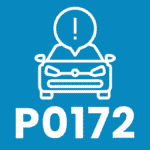