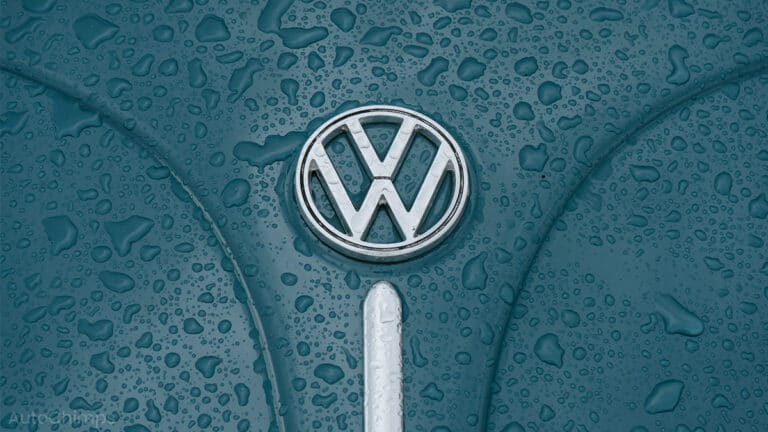 Volkswagen is arguably the car company most synonymous with Germany. Audi, BMW, and Mercedes might also spring to mind.

Most vehicles in these brands are known for precision engineering and beautiful styling. These things are typical of most European cars, of course (depending on your point of view).

But Volkswagen cars aren’t just those with a VW badge. Well, not technically.

On this page, I will show you how many brands the Volkswagen Group owns.

Let’s get into it.

How Many Companies Does Volkswagen Own?

Volkswagen AG owns eight automotive brands as of the end of 2022.

The Volkswagen Group (Volkswagen AG in Germany) is split into two divisions: Automotive and Financial Services. Combined, it has hundreds of subsidiary companies.

For the purposes of this guide, let’s stick to the Automotive Division.

Note: Volkswagen no longer owns Bugatti. Bugatti is now owned by Bugatti Rimac (as of November 2021). However, Porsche AG (part of the Volkswagen Group) holds a 45% stake in Bugatti Rimac. Watch this space!

Thus, when you see any of these cars on the road, they’re likely made by Volkswagen (depending on the age).

VW shares platforms between brands. For example, the Passat, the Audi A4, and the Škoda Superb (and more) all use the same B-Series platform.

Well, no surprises here! Volkswagen Group’s most easily identifiable brand is Volkswagen itself.

Volkswagen’s roots can be traced back to Germany in 1937 and the creation of the ‘people’s car’ (which is what Volkswagen literally translates to).

The VW Type 1 was used as propaganda to drive the economy. However, it only saw use as officer-staff cars in the war. After WWII, the Allies began the vehicle for themselves, renaming it the ‘Bug’ in North America and the ‘Beetle’ everywhere else.

Since then, Volkswagen has grown, leaving its past far behind. It’s now one of the largest automotive companies in the world.

Despite the 2015 emissions scandal, they’ve bounced back. They look set to pave the way for mainstream manufacturers to turn to electricity.

‘Audi’ means ‘listen’ in Latin. It comes from the translation of the creator’s surname (Horch). Vorsprung durch Technik means ‘Being Ahead through Technology’ and is Audi’s well-known motto.

The four rings stem from the four brands that, in 1932, made up Auto Union AG: DKW, Wanderer, Horch, and Audi.

Volkswagen acquired a 50% stake in Auto Union in 1964, taking control of the Audi brand. At the start of 1969, the formation of Audi NSU Auto Union AG made Audi a standalone entity (owned by VW) once again.

In 1985, the company name was shortened to Audi AG. The Auto Union and NSU brands were, by then, virtually worthless. The name persists through to today.

It began life in 1950 as a state-owned brand, with the remaining shares taken up by banks and FIAT.

Cupra is a subdivision of SEAT, which is owned by Volkswagen AG. It manufactures sporty versions of the standard models.

Cupra is an amalgamation of the words ‘cup’ and ‘racing’. It’s a throwback to SEAT’s very successful motorsport history.

The SEAT Special Vehicles department was formed in 1971 and proved highly successful. In 1985, SEAT Sport was made into a child company.

This company was renamed Cupra in 2018, along with the release of the first standalone model (the Ateca).

Škoda Works was an industrial powerhouse that, in 1924, absorbed Laurin & Klement, a Czech vehicle producer based in Bohemia. It was then divided up and split off into a child company, Škoda Works.

Volkswagen AG bought 30% of Škoda in 1991, after the fall of communism.

Bentley Motors Limited was founded in 1919 in London. It was best known for Le Mans victories from the mid to late 1920s.

Rolls-Royce took over Bentley in 1931, with Vickers then buying Rolls-Royce (and Bentley) in 1980.

After passing through several different hands, the end of 1997 saw Volkswagen outbid BMW to buy Bentley from Vickers. By 2003, VW AG was the company’s sole owner, with BMW taking control of Rolls-Royce.

Lamborghini started out as Lamborghini Trattori – a tractor builder. Nowadays, this is an entirely separate entity.

Lamborghini’s supercar production company was founded in 1961 to compete against Ferrari. Initially, it did well but struggled in the 1970s market collapses.

Eventually, it was sold to the Volkswagen Group in 1998. It’s now a child company of Audi AG.

Porsche traces its roots back to Ferdinand Porsche. The business was initially entirely consultancy-based, playing a pivotal role in developing the original Volkswagen.

The legal structure is complex here because Porsche and Volkswagen are historically intertwined.

Porsche SE became a holding company for Porsche Zwischenholding GmbH. This owned 100% of Porsche AG and 50.1% of Volkswagen AG.

In 2009, Volkswagen AG bought a 49.9% stake in Porsche AG (the car production company). Then, in 2012, it took controlling interest from Porsche SE.

Other Automotive Companies Owned By Volkswagen

Aside from other car brands, the Volkswagen Group also owns the following:

It also owns several HGV brands under its subsidiary Traton SE, including:

Volkswagen Has A Significant Stake In The Automotive Industry!

So, what does all this mean?

In short, Volkswagen has a significant stake in the automotive business.

In fact, in 2021, the Volkswagen Group was still (just) the world’s largest automaker (by revenue). Toyota wasn’t far behind in income, selling over 1.5 million more vehicles (taking the top spot).

In general, this is good for the average customer. Parts are relatively easy to come by due to the popularity of the Volkswagen AG brands.

Over the coming years, expect many of the Volkswagen brands (especially Volkswagen itself) to turn away from gasoline and towards electrical power.

It will be interesting to see whether VW AG, Toyota, or someone else comes out on top in the race to go electric! 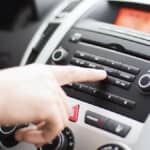 Do New Cars Have CD Players?