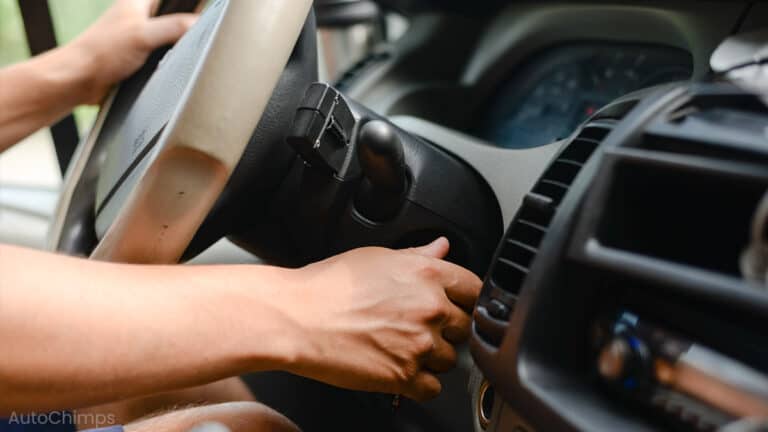 Modern cars are well-designed to start in challenging climates. The automotive world has never had so extensive a reach into the world’s farthest corners.

But what is the lowest temperature a car will start in? And why do cold temperatures make a difference?

There’s no set answer to this question. Every manufacturer constructs its vehicles differently.

That said, the colder it gets, the more difficult it’ll be for your car to start.

Why Is It Harder To Start My Car When It’s Cold?

It’s harder to start your car at low temperatures because of the battery and oil. There are also other factors, but these play the leading roles.

A modern car is an incredible piece of mechanical and electrical engineering. Like all devices, the way it performs depends on the temperature.

You’ll have learned how materials expand and contract when they get hotter and colder (respectively). Metal is a prime example of this.

This is a fundamental law of thermodynamics. If you delve into this aspect of physics, you’ll realize it’s the same principle as why liquids become gases or solids.

The last thing to know is the laws surrounding viscosity. In short, consider honey. When it’s cold, it sets and flows ever so slowly. However, put it in the microwave for 30 seconds, and suddenly it’s runny.

These three principles (all related to thermodynamics) impact how easy it is to start your car in low temperatures.

Why A Car Battery Struggles At Low Temperatures

A car battery uses a chemical reaction to create electricity. You don’t need to know the ins and outs for now, but it involves water and acid.

Now, as you know, water freezes at negative temperatures. Under normal circumstances, a fully charged battery contains a well-mixed electrolyte. That is, the distilled water and acid combine together into one substance.

This electrolyte has a very low freezing point. It’ll most likely stay liquid unless subjected to sustained temperatures of around -70 or -80 degrees Fahrenheit.

The problem usually comes from partially or fully discharged batteries. The acid and water aren’t mixed when the battery’s in this state. Because of this, the water part, sitting alone, will freeze.

If a battery is partially frozen, it can’t create the chemical reactions needed to produce electricity. In turn, the starter motor won’t receive enough power to crank the engine. Other electrical components could also struggle.

Why Motor Oil Makes A Difference At Low Temperatures

Almost all engine oil you see today is “multi-grade.”

Multi-grade oil behaves differently compared to standard SAE oil. It has viscosity index (VI) modifiers – as well as many other things – added to it.

Multi-grade oil comes with two numbers and a “W” – for example, 5W-30. The lower the SAE rating, the “runnier” the oil is.

Your owner’s manual recommends the correct motor oil for your car. You should always follow your manufacturer’s instructions.

In extreme winters, you need that first number (the one with the “W”) to be as low as possible. Choose the lowest option in your owner’s manual, but don’t use any type you don’t find there.

The thicker the oil is, the harder the oil pump (battery-powered) has to work. This is an unnecessary extra load on the system. Use the thinnest oil your car’s designed to take to reduce its impact.

How To Start A Car In Negative Temperatures

In most situations, you should be able to turn the key (or press the button) and start the car as usual.

If the battery wasn’t entirely charged before you turned the car off, you might need to jump-start it. Follow the link for more information on jump-starting.

If you have a remote start option, it’s well worth using this. Remote starters come as standard on some cars, with aftermarket extras available too. Starting your car but keeping the doors locked means the engine can warm up without anyone stealing your vehicle!

Don’t forget to remove all snow and ice from the car, including the roof!

If your car doesn’t start – even after attempting a jump-start – you might need a new battery or have another problem entirely.

When Is It Too Cold To Start A Car?

If you’re wondering at which temperature cars won’t start, it’s difficult to pinpoint. It depends on many factors, including:

All cars should start without any trouble down to freezing (32 Fahrenheit, 0 Celcius). If your vehicle struggles at higher temperatures – say 45 degrees F – there’s a separate issue at play. The problem probably isn’t the temperature.

Note: in scarce circumstances, water can get into your fuel. If this water freezes in the fuel lines, it’ll prevent gas from getting into your engine. Thus, the car won’t start.

Even if everything in your car is in tip-top condition, it’ll definitely struggle at temperatures approaching -50 or -60 degrees. Thankfully, these levels are rare in most of the world. If you live somewhere that experiences winters like this, you’ll be prepared with block heaters and suitable parking locations.

Don’t be surprised if you need to jump-start your car battery in temperatures of -20 or less. Before turning the engine off at the end of your journey, ensure it’s been running for at least half an hour. This will ensure it’s fully charged; therefore, you shouldn’t need to jump it again.

In short, it’s rarely too cold to start a modern car. Not in terms of real-world, planet Earth-confined temperatures, at least. However, you might need to jump-start it sometimes or use a block heater overnight.

Is It Safe To Drive In Negative Temperatures?

Let’s answer them one by one.

Is It Safe For Me To Drive In Negative Temperatures?

Consider the potential dangers to yourself when driving in negative temperatures.

You are, statistically, much more likely to be in a road traffic collision, even if you’re the only one involved. Snow and ice create slippy conditions your tires and drivetrain can’t handle. Once you lose traction, you’re at the mercy of chance.

One of the more dangerous parts of winter driving is black ice. Black ice is virtually impossible to see. Driving over it could spin your vehicle out of control.

With all those cautions out of the way, there’s good news. Driving is relatively safe, even in negative temperatures. You should undoubtedly drive with care (then again, you always should!), but you can still travel.

There are other factors to help. Most roads will (eventually, at least) be gritted and salted. Four-wheel-drive (or all-wheel-drive) makes driving much safer, and winter tires are a must. Your car may also have a Snow/Ice/Winter mode, forcing everything to work gentler and reducing the likelihood of a crash.

Ensure your car has the necessary survival kit, even if you think you’re too cool. A blanket, candle, lighter/matches, warm clothes, and water are all vital.

Crucially, never leave the warmth of your car! Cabin fever is the biggest killer when you get stuck in the snow in the middle of nowhere.

Will My Car Be Damaged By Driving In Negative Temperatures?

This is a good question.

Of course, if you hit a tree, the unfortunate answer is yes.

A more subtle aspect to watch out for is asking too much of the engine before it’s up to temperature. When you turn it on in negative, especially extreme ones, it can take 10 minutes (or more) before it reaches running temperature.

If you rev the engine too much during this time, you’re putting too much strain on the cold, contracted metals. This can lead to cracking, blown seals and gaskets, and all sorts of nasty, avoidable things.

Drive very gently until the temperature gauge on your dashboard goes up to its usual point.

How Can I Look After My Car In Low Temperatures? (Conclusion)

First of all, it’s essential to prepare your car for winter. Use the lowest-rated motor oil you find in the owner’s manual. Also, fit winter tires and ensure all your fluids (especially oil and coolant) are topped up.

In the average winter in the northern parts of the US, temperatures are unlikely to get too extreme – although they are still pretty nippy. Drive gently to protect the engine. Once it’s up to temperature, continue driving smoothly, and always be aware of hazards. These include other drivers slipping and sliding around you.

Follow these instructions, and your car should run just fine, no matter the temperature. 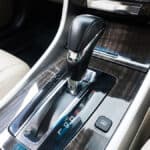 Car Won’t Shift Out Of Park? Here’s Why And How To Fix