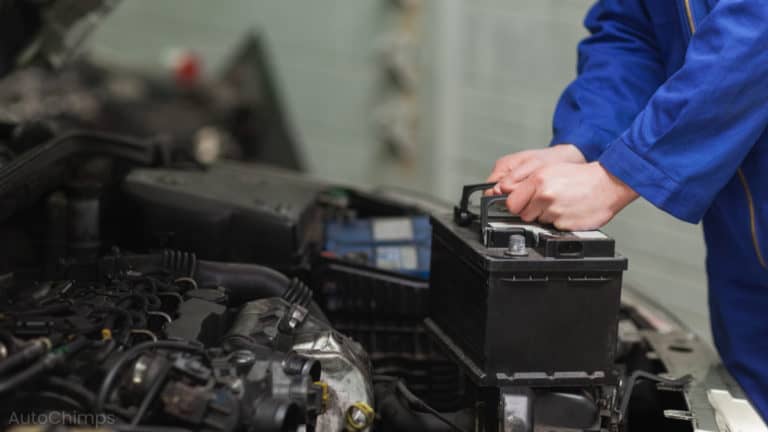 You might think shopping for a new car battery is as simple as replacing it with one that looks the same, but there’s a bit more to it.

There are several types of car batteries that all come in different sizes.

Are you confused yet?

Don’t worry; we have got you covered.

If you’re asking yourself: “what size battery do I need?” then you have come to the right place.

For a battery to fit, it must be the right size. Thankfully, group sizes make finding the right one easy.

You must also choose a battery type – wet cell or VRLA. The former contains liquid electrolytes and may require light maintenance. The latter has no liquid and is maintenance-free.

Are you ready to dive into the exciting world of battery types and group sizes?

Wet Cell Or VRLA – Which Car Battery Type Should You Choose?

Whether you prefer the term “wet cell” or “flooded” is up to you. Regardless, these are the original lead-acid batteries designed specifically for automotive use.

Because they’re durable, affordable, and, when properly maintained, will last a long time. When we say “properly maintained,” we’re referring to the only real downside of a wet cell battery – many of them require inspection every few weeks.

What you want to check is the water level, which a wet cell battery uses to produce power. As the charge cycles, it loses water, meaning you’ll have to add distilled water about once per month.

Thankfully, this is as simple as removing a cap and adding a small amount of distilled water.

However, sealed wet cell batteries do not require attention, and these are known as “semi-solids.”

There are two types of wet cell batteries to choose between: SLI and deep cycle.

SLI stands for Starting, Lighting, and Ignition, and as you might have guessed, this is what they’re in charge of. These deliver a short burst of power to get the vehicle started. They also power the lights and ignition. After that, it’s up to the alternator to keep things running.

The second variation is a deep cycle (also known as a marine battery).

Where a wet cell is made to deliver short bursts of power, where they never run low, deep cycle batteries supply long-term power and can be recharged many times even after depletion of up to 80%.

The second car battery type is a VRLA (Valve Regulated Lead-Acid). These are sealed batteries, meaning no gases or liquids can get in, and none can come out.

The strength of a VRLA car battery is also its weakness. Since it’s sealed, it does not require any maintenance, but this also means it can’t be worked on. Meaning, if there’s a problem with it, replacement is the only option.

VRLA car batteries also don’t contain any liquid electrolytes; they favor other means, such as gel or AGM.

AGM VRLA batteries work similarly to those with gel, but the electrolytes are kept in glass mats instead. These are made of thin fibers meshed together. This creates a dry substance that holds the electrolytes and prevents them from spilling.

Which car battery type is right for you?

Well, this is where group sizes come into play. Your vehicle was designed with a specific battery in mind, which is explained in your owner’s manual. Sticking with the suggested battery negates having to worry about things like the cold cranking amps (CCA) and reserve capacity (RC).

Let us now go over the different battery group sizes in detail.

The group size indicates several things. These include the length, width, and height of the battery, as well as the location of each terminal. Whichever group it falls in, it will also be unique to the year, make, and model of the car.

The sizing is based on an industry standard. This makes it easier for automakers to design their engine compartments around.

Thankfully, rather than having to pull out a tape measure to figure out which group size your battery falls in, it’s displayed right on the unit itself.

A few of the most common include:

This shows that the group number specifies not just the size, but the design of the battery as well. Some of these include side-post, recessed tops, and American standards.

The design is crucial to consider because, with some of them, like a recessed top battery, the posts do not protrude as they do on an American standard. The same goes for a side-post, which houses the posts on the side rather than the top.

Thanks to the battery group sizing system, it’s as simple as looking at the unit for the group number and replacing it with one that matches. However, you should always look in the owner manual, just in case someone installed the wrong one previously by mistake.

What Happens If You Install The Wrong-Sized Battery?

If you install the wrong size battery, then you clearly never read through this article.

However, if you did happen to purchase the wrong size, it’s likely that it won’t fit correctly in place. If it does fit, that doesn’t mean you’re out of the woods.

Using an American standard as an example. If you use one in a vehicle built for a recessed top, the ports may end up being too close to the hood of the car. This can create a spark, cause an electrical short, or even lead to a fire.

Why take the risk in the first place? Instead, take the time to consult your owner’s manual and determine which battery size group your car was made for. 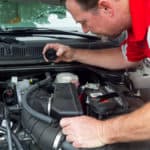 How To Tell If Your Master Cylinder Needs Replacing