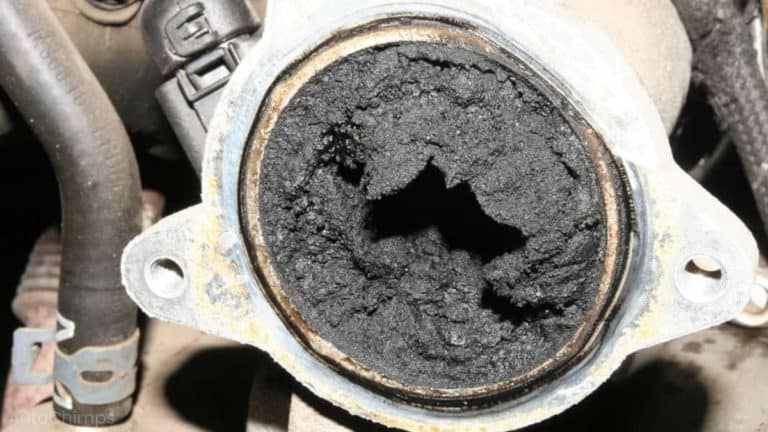 If you’ve ever driven through a major city like LA, Chicago, New York, or Denver, then you’ve likely seen air pollution first-hand.

Thankfully, exhaust gas recirculation technology was added to cars in the form of an EGR valve.

What is an EGR valve, and what symptoms suggest that yours is failing?

The EGR valve has one purpose, to reduce the NOx pollutant (nitrogen) emitted by your car. It does this by recirculating some of the emissions back into the combustion chambers rather than sending them outwards.

Some signs of your EGR valve failing include a rough idle, poor performance, or decreased mileage!

Thankfully, we will cover everything you ever want to know about an EGR valve in this guide. We will first take a closer look at what an EGR valve is and how it works.

Afterward, we will examine the eight most common signs that indicate yours is failing.

What Is An EGR Valve, And How Does It Work?

Your car requires oxygen to function. The issue is that the air it draws in from outside is about 80% nitrogen and only 20% oxygen. Fuel is then mixed in with this and ignited inside the combustion chamber by the spark plugs.

When the nitrogen is burned, it gives off what’s known as nitrogen oxide (NOx), the primary pollutant that the EGR valve was designed to reduce.

While an EGR valve might sound like a complicated device, it’s actually quite simple – a valve that stays open or closed. It either allows exhaust gas back in or sends it out the tailpipe.

There are two types of EGR valves, one that’s operated by a vacuum and one that’s electronically controlled by the ECM.

What is the benefit of an electronically controlled EGR valve? Simply put, it’s able to optimize its position based on readings from the ECM, meaning it’s more efficient. Because of this, most modern cars favor this over a vacuum-operated valve, which is usually only found on older vehicles.

The 8 Most Common Symptoms Of A Bad EGR Valve

Reason #1 – The Engine Is Idling Rough

If your EGR valve is stuck in the open position, it can allow too little or too much exhaust gas into the combustion chamber.

This can throw off the air/fuel mixture inside (which needs to be perfect) and cause the engine to idle roughly.

Another side-effect of an EGR valve being stuck open is a drop in fuel economy.

This happens due to the temperature inside the combustion chambers being lower. This means the fuel inside does not ignite as quickly or efficiently.

Reason #3 – Your Car Stalls While Idling

Similar to the first reason, an EGR valve stuck in the open position can also cause your engine to stall while idling.

While this isn’t as dangerous as a car stalling while driving, it certainly demands your attention to ensure it does not keep happening.

If you notice a decrease in performance, such as while accelerating, it may be due to your EGR valve being stuck open or closed. This can manifest in many ways, including a rough idle, decreased fuel economy, sputtering, or hesitation.

Why does this happen?

The air/fuel mixture inside the combustion chambers is off. If the valve is stuck open, it allows too much exhaust gas in; if it’s continually closed, your emissions will rise.

Reason #5 – You Notice The Smell Of Gasoline

There’s a reason the EGR valve was created – because the NOx coming out of the tailpipe is awful for your health.

Not only that, but it also carries an unpleasant odor.

Additionally, when your EGR valve is not working right, your engine may burn more fuel, which releases hydrocarbons. These mix with the added NOx and create a dangerous mixture of harmful gases.

Many states have strict emission standards, requiring testing to be done every 6 months or so.

If your car recently failed one of these tests, it might be due to a faulty EGR valve. Driving a vehicle that has not passed a state inspection can result in hefty fines.

If this coincides with any of the other signs of a bad EGR valve, then it is likely the cause.

A check engine light may not appear if your EGR valve is simply failing. However, when it does actually call it quits, you’ll likely see one then.

For this reason, if your check engine light does illuminate and coincides with some other reasons, it may be the EGR valve.

Remember, an electronically operated EGR valve receives its data from the ECM. The ECM is also in charge of illuminating the check engine light. If the air/fuel mixture is off inside your combustion chambers, it’s likely to provide an alert.

If the EGR valve is stuck in a closed position, the temperature inside the combustion chambers will be too high. This leads to the fuel igniting too early when the engine is at low RPM, which can cause a knocking sound.

What Happens If You Ignore A Faulty EGR Valve?

If you’ve read through the above list of symptoms, then figuring out why it’s a bad idea to ignore a faulty EGR valve is not that difficult.

Reduced fuel economy, a rough idle, stalling, and the constant smell of gasoline? Eventually, these symptoms will become too much to handle, and you’ll need to figure out a solution.

If your vehicle fails a state inspection, it means you’re not legally allowed to drive it without risking a fine. If you get pulled over while driving a car that’s not eligible, it will likely get impounded.

This means you’ll not only have to pay the original fine – but impound fees as well.

Thankfully, in the next section, we will cover your options and what they cost.

Cost To Replace An EGR Valve

Repair or replacement – that is the question.

For replacement, costs can reach more than $500, including both parts and labor. Though this can also be as low as about $150, depending on the make and model of your car.

Thankfully, if the EGR valve is merely clogged and is stuck open or closed due to soot particles, it may just need to be cleaned. If you’re mildly comfortable under the hood, you should be able to do this yourself at home using a spray can of EGR valve cleaner.

The EGR Valve – A Small Step In The Right Direction

We don’t have a lot of options when it comes to planets that support life. For this reason, don’t you owe it to yourself and those around you to take care of a faulty EGR at the first signs of an issue?

By doing so, you not only ensure that the air coming out of the tailpipe is as clean as possible, but you preserve the smooth operation of your engine as well. 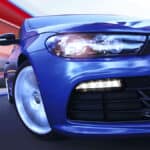 Car Makes Noise When Turning? Here’s Why And How To Fix