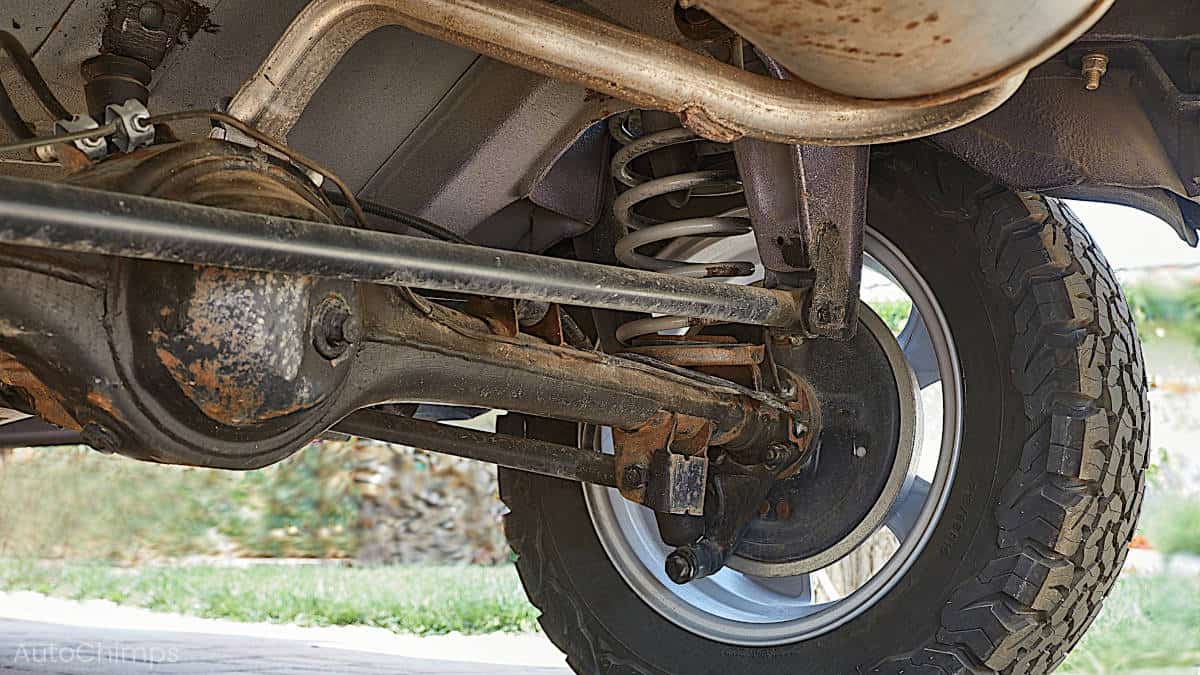 The only thing higher than the number of letters in the word “differential” is the amount you’ll spend to replace one.

This component is not only a mouthful, but it’s also the part of your drivetrain that allows the wheels to turn at different speeds.

Does that sound important?

How much do rear-differential replacements cost?

If replacing a gasket or bearing or sealing any problem areas isn’t possible, you will likely end up spending between $1,500 to $4,000. Ignoring a faulty differential can not only cause further damage, but it can be dangerous as well.

Thankfully, in this short and helpful guide, we will cover everything you need to know about rear differentials, including what they are, how they work, and what types there are.

Afterwards, we’ll review the symptoms that suggest yours is failing, and what the repair options are.

Finally, we’ll examine more in detail the exact costs of repairing or replacing a rear-differential.

Note: for the sake of syllable-count, we’ll often refer to the differential as “diff” (you’re welcome).

What Is A Rear Diff And How Does It Work?

Similar to runners on a track, when turning your vehicle, each wheel travels down a different path. Since each has a different length, they need to be able to rotate at different speeds. If this wasn’t possible, the handling of your car would be unpredictable and dangerous.

This is where the differential comes in.

Power is supplied from the engine via the transmission, to a driveshaft, which is connected to the differential. Simply put, the diff takes that power and then splits it between each of the wheels, allowing them to rotate at different speeds.

For an in-depth look at how this process works, check out this video.

What Are The Different Types Of Differentials?

This is the most basic type of diff, meaning it’s also the most affordable. It does allow the wheels to turn at different speeds, but it cannot limit power if one loses traction while the other doesn’t. This makes an open differential less than ideal on slippery roads.

A limited-slip diff acts just like an open one, under normal conditions. However, where a limited-slip diff takes things a step further, is that it can limit the amount of power it sends should a wheel lose traction. Meanings it not only provides better stability but increases safety as well.

Here’s one the off-road enthusiasts will recognize immediately – the locking-rear differential. In this type of fixed-axle system, clutches and plates activate a lock that causes the amount of power sent to each wheel to be equal.

With all the torque not going to one wheel, and not being limited by its reduced traction, it is ideal for situations where traction is crucial. However, if you are not off-roading or rock climbing, it is better to unlock it.

Then there’s the torque-vectoring differential, the most advanced of them all. It combines an assortment of different sensors and electronics to optimize traction based on what your vehicle is telling it.

A few of these include the surface conditions, the position of the throttle, your use of the brakes, and steering system input. This means optimal traction, regardless of the situation.

What Are The Signs Of A Bad Rear Differential?

If you notice a whining sound coming from your rear-diff (especially while turning), there’s a good chance you’re low on differential fluid. This lubricates the gears, bearings, and other moving parts so that there’s no metal on metal contact.

If this problem persists, it may eventually lead to a grinding or humming sound, which suggests the gears have worn out. Thankfully, replacing the diff fluid every 30,000-50,000 miles should keep this from happening – unless there’s a leak.

If the diff fluid is leaking, there’s likely a worn seal that needs to be replaced. When this happens, you may notice a gray or brown liquid under the rear of your car.

Since the differential helps keep your tires rotating at optimal speeds, if it’s not working, you may notice inside tire wear. This will most likely lead to a blowout eventually if the tire threads sustain too much damage.

If rear-diff problems go untreated, it may damage other components of the drivetrain, like the universal joins. When these become worn, you may notice excessive vibrations (especially while accelerating). This is one of the earliest symptoms that suggest your diff is going out.

Clearly, if the component in charge of keeping your vehicle stable while turning decides to go out, you’ll experience a decrease in handling. This can manifest in an extremely unpredictable way, which can make it dangerous to continue driving (especially while cornering at high speeds).

What Are The Repair Options For A Rear Diff?

Most rear-diff covers are rubber or silicone, which can wear and dry out over time. To prevent them from leaking, you’ll have to have them replaced. Thankfully, this is an easy repair that shouldn’t take more than an hour.

Once it begins to grind or hum, you’ll have to have one or both of them replaced. Since this requires dismantling the diff, it can take as much as 5-hours to complete, meaning it’s a lot more costly to do so.

Sealing The Piston And Side

If you do notice a puddle of fluid under your car, it may mean that the piston or the side needs to be sealed. Both require a lot of time to repair, especially the latter – since the axle shafts have to be removed as well.

If none of the above repairs are possible, you may have to have your rear-diff replaced entirely. This is the worst-case scenario, which usually means the gears in the diff are unusable.

How Much Does It Cost To Repair/Replace A Rear Differential?

If it’s something simple, like replacing a gasket, you shouldn’t spend more than $150-$250.

However, it only goes up from there. Replacing a worn bearing with a new one will run between $200-$400, and sealing the piston or side should cost $400 to $800 due to the extra time required.

How much does it cost to replace a rear differential entirely? Depending on the make and model of your car, as well as its condition, expect to spend between $1,500 to $4,000.

The other factor is if you buy a new rear-diff or a used/rebuilt one. A used or rebuilt one will help you save money, but it won’t have the same warranty as a new one.

How Do You Maintain A Rear Differential?

The best thing you can do to preserve the life of your rear-diff is to change the differential fluid every 30,000-50,000 miles. Additionally, you should have your drivetrain inspected annually.

Doing so will ensure that any repairs are simple, rather than needing a full differential replacement.