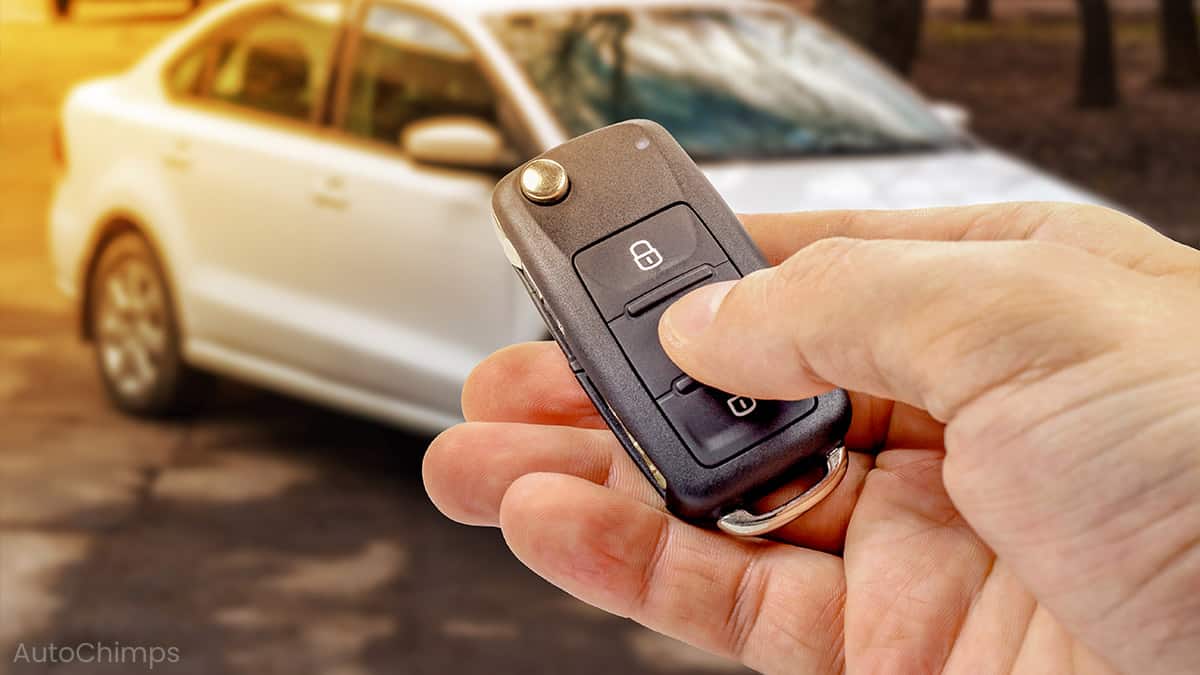 When an engine immobilizer goes bad, it presents with all the same symptoms as multiple misfires.

In short, your car won’t start, although it’ll still turn over in rare cases. You might also notice problems with related systems, such as the central locking or alarm.

This article will explain how a car immobilizer works (in general) and when to see an automotive locksmith.

What Is An Engine Immobilizer?

An engine immobilizer is an anti-theft system. You’ll find one of these devices installed on every modern car.

An immobilizer system is technically made up of:

Without immobilizers, cars would be much easier for thieves to steal.

You know all those disaster movies and TV series that show someone jumping into an old vehicle, ripping the steering column trim off, and hotwiring it? It looks cool, sure, but anyone trying this in the real world is usually labeled a criminal.

As far as the average person is concerned, hotwiring is impossible in modern cars. And it’s all thanks to the engine immobilizer.

How Does An Engine Immobilizer Work?

In broad terms, an engine immobilizer “immobilizes” your car. No surprise there, right?

In other words, it stops the engine from starting and running.

You can think of a car immobilizer as a doorkeeper or guard. Its job is to watch for the signal that a friend is approaching and only let that person in if they carry said signal.

In reality, it’s waiting for the presence of a key fob transponder. When you get in your car with a programmed key, the signals between the immobilizer and key match up. The engine is then allowed to turn over.

The specifics of how engine immobilizers work are difficult to define. Each manufacturer (and aftermarket parts designer) will design their component differently.

When you think about it, this makes perfect sense. Immobilizers are only effective because thieves aren’t sure how they work or what they’re wired up to.

In general, though, modern engine immobilizers work as follows:

This type of system is known as Challenge-Response.

Older immobilizers worked differently. For example, some had a “pill”-type transponder in the key, energized by a coil around the ignition switch.

Less modern versions might only prevent the fuel injection and ignition systems from working, allowing the engine to crank but preventing it from starting.

If your car immobilizer is going bad, you’ll notice the following symptoms.

They might not represent a failing immobilizer, but it’s something to check.

Note: these symptoms are generally the same as you’d expect with multiple misfires.

Almost every modern immobilizer works by preventing the engine from cranking. They also prevent the fuel from reaching the combustion chamber and the spark plug from igniting it.

Because of this, you’ll probably hear nothing at all when you turn the key.

Use the magnetic connection between the key and the car to start your engine in an emergency. The fob connects to the ECU with a VHF signal (315 MHz in the US).

Check your owner’s manual. It’ll tell you the exact spot you should hold your key to use this feature. It’s usually somewhere on the steering column.

Car Turns Over But Won’t Start

When your engine immobilizer goes bad, it won’t recognize the key’s radio signal. It remains at its default setting, assuming someone is stealing your car.

Because the “activation code” from the key isn’t being read, the starting, fuel injection, and ignition systems aren’t activated.

As a result, the car won’t start when you turn the key. Exactly how this manifests itself varies from car to car. Most often, the engine will turn over but not start.

The key symbol on your instrument cluster means your car can’t detect the key’s signal.

Most often, the issue does lie with the key’s transmitter. However, it could rest with the ECU’s receiver.

Either of these would mean the immobilizer doesn’t recognize the key.

You might even see the words “Key Not Detected” in the most modern cars on the display.

You’ll likely see the following symptoms, too, though you won’t always. They’re dependent on whether the manufacturer designed the immobilizer to link with:

Car Alarm Goes Off When You Try To Start The Engine

As mentioned, a faulty engine immobilizer doesn’t recognize your key when you use it to start the car.

When you put it in the ignition cylinder, the ECU thinks you’re a thief.

As a result, it might sound the car alarm. It could be pretty tricky to turn off, too.

Remember: the alarm and the immobilizer are separate systems. In some cases, they might be linked, though not in every design.

The immobilizer is sometimes (but not always) connected to the central locking system.

When the transmitter sends the code from the key to the receiver, it passes into the decoder. These are all parts of the immobilizer system.

Although the central locking and the fuel/ignition systems aren’t directly linked, they share a connection with parts of the immobilizer.

A problem could lead to the central locking not working or behaving erratically.

There’s often a manual way into your car hidden in the fob. The alarm will set off. You’ll need to use the magnetic connection with your key to deactivate it.

Is The Problem Your Car’s Immobilizer, Battery, Or Key?

The immobilizer is technically the component that prevents the car from starting without the key.

When you find a potential immobilizer problem, how do you know the root cause? What if it’s just the battery or the key? Here are a few thoughts.

Before getting started, know that the most common “immobilizer” problems stem from the key. In most cases, a new key battery will solve everything for you.

The key fob contains a transmitter that sends a signal to the car’s receiver. To send this message, it requires battery power.

You need to replace the button-style batteries in your key every few years. Like all cells, they’ll eventually run out of charge and stop working.

To rule out your key as the main problem, change the battery. You’ll find these only cost a few dollars. Someone in the hardware or locksmith store might even install it for you.

Return to your car and try using the central locking. Is it any smoother?

Get in the driver’s seat and see if your car starts.

Under most circumstances, this will fix your problem, and your engine should start.

If you’ve ruled the key out as the root problem, the next thing to investigate is the car battery.

The battery’s main job is powering the starter motor. But it’s also responsible for running several other components while the engine’s off. These include the receiver, the alarm system, the central locking, and so on.

If the battery is completely discharged, the receiver won’t have any power. Even if your key transmits the correct code, your car’s ECU won’t recognize it.

Test your battery condition by turning the headlights on. Go to the front of the car and see if they’re off, dim, or flickering. Any of these would indicate a deeply discharged battery.

Ideally, get yourself a multimeter or a battery tester. They’ll give you a more accurate overview of its condition.

If you need a new battery, get one. It should come to around $100, including installation.

Don’t forget to investigate what drained your battery in the first place! It might be as simple as leaving the radio on. However, you could have a parasitic drain or deeper ECU issue.

If you’ve ruled out both the key and car batteries, there could be a fault with the immobilizer system itself.

Don’t waste your time trying to fix immobilizer problems yourself. It’s far too complex and could stem from the decoder, receiver, running systems, and more. The newer the car, the more impossible it’ll be.

The immobilizer unit itself could be damaged or glitching. Like all electronics, this can happen due to any of the following:

You’ll probably need a new unit. It’s not as simple as switching an old one out for a new one, though. The new module must be programmed to match your car’s existing ECU. Your key also needs to match the new receiver.

How To Repair A Bad Car Immobilizer (Including Cost)

As mentioned, before heading off for any in-depth electrical diagnosis work:

Call a mechanic out to check for any obvious signs of misfires (see the list below). You could also get your car towed to a shop.

When they can’t get your car to start, it’s time to visit the automotive electrician.

They might establish that the immobilizer itself is indeed the root issue. At this point, they’ll replace the module with a new one and program it to match the ECU. The key will also need reprogramming.

Remember, your symptoms could also represent any other misfire-causing problem:

Finally, don’t forget to read the immobilizer section of your owner’s manual! It’s there to be used! 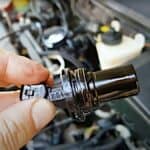 Symptoms Of A Bad Camshaft Position Sensor And Replacement Cost