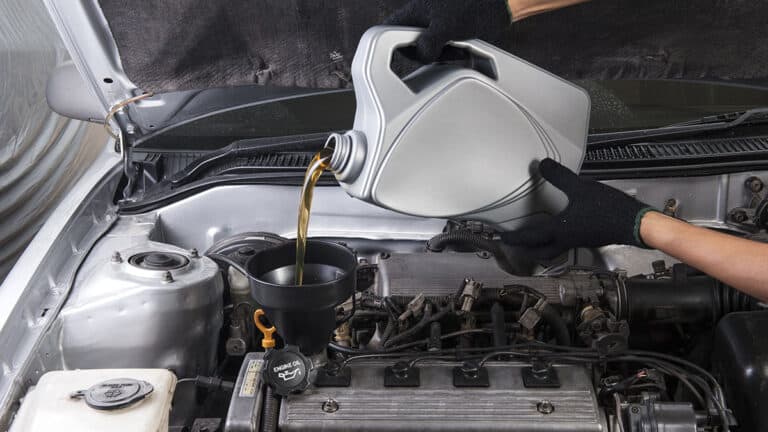 Engine oil is crucial to your engine. Without it, it wouldn’t last five minutes before seizing up, never to work again. Thus, using the exact oil (or oils) your manufacturers recommend in the vehicle handbook is vital.

Motor oil is all about viscosity. Although this will be described in more detail shortly, viscosity can be thought of as how “thick” a liquid is. Multi-grade oils, such as 0W-20 and 5W-20, reach different “thicknesses” at different temperatures.

Is 5W-20 better than 0W-20? Is either better for your car? And what should you choose when topping up your oil?

Read on to learn more.

What Is Engine Oil?

Engine oil comes in several forms, such as fully synthetic or high mileage, and lubricates your engine. It keeps the moving metal parts in smooth motion by creating a cushion between the surfaces.

It’s one of many products distilled from raw crude oil. Other things are created through the same process. These include gasoline, kerosene, and diesel.

You’ll be familiar with the standard way to check engine oil levels: the dipstick. The level shown should be between the minimum and maximum marks. It doesn’t have to be on the MAX, contrary to what some tell you.

Use the dipstick to check the oil (on flat ground with the engine off) every month or every couple of thousand miles. You’ll need to top it up regularly since cars naturally burn off a limited quantity over time.

When you put new oil into the car, it drips down into the sump. This is a sort of oil container usually bolted underneath the engine. The oil pump then forces the liquid through the channels to lubricate the moving metal parts.

A Quick Note On Viscosity

Viscosity is an important concept to grasp before delving into the concepts of multi-grade oils like 0W-20 and 5W-20.

In simple terms, it’s how “thick” a liquid is, as mentioned before. A more in-depth scientific explanation is the frictional resistance a fluid has to its flow.

The “thicker” a liquid is – the more it resists its own flow – the more viscous it is.

For example, consider the difference between custard and water. If you put an equal quantity of each in separate pitchers, you can visualize how water pours easier. This is because it’s less viscous than the custard.

We can take the same concept to engine oils. For example, SAE 10 is less viscous than SAE 20, so it flows easier.

What Is Multi-Grade Engine Oil?

You’ll probably be familiar with these, as today they’re by far the most common on sale – and with good reason. The only exception might be in hot climates where freezing temperatures are infrequent. Classic cars also use mono-grade oils.

Multi-grade engine oil contains additives. These force its viscosity to behave differently relative to the temperature. They aim to create a lubricant as “thin” as possible when cold and as “thick” as possible when hot.

We need multi-grade engine oils for many reasons. Most significantly, it saves changing your oil twice a year. Until around 60 years ago, cars needed new engine oil at least twice per year. They required winter oil (which was thinner, so the vehicle could start) and summer oil (which was thicker to better deal with the higher temperatures).

Multi-grade oils mean this is a thing of the past. The same oil can function well in both the cold and the hot.

Here are a few more benefits of multi-grade oils:

In exchange, multi-grade engine oils are more expensive. They’ll also need changing more often since the viscosity modifiers get chopped up by the engine.

Still, it’s much less expensive in the long run and, in almost every case, much better for your vehicle.

What Are Viscosity Modifiers?

They are polymeric molecules and change depending on the temperature. The hotter it gets, the more these molecules expand and increase the viscosity. This happens because the larger the molecules are, the more they inhibit the oil’s flow.

The easiest way to think about them is a slinky or an accordion. When cold, the viscosity modifiers sit almost dormant, like a compressed accordion. As they warm up, they stretch, like the accordion opening up.

Physics dictates that as a fluid’s temperature increases, its viscosity decreases. Hot liquids flow easier than cold liquids. Viscosity modifiers don’t change this. However, they do reduce the speed with which the oil’s viscosity reduces. As a result, it’s kept “thicker” at higher temperatures.

In essence, this means you can take a winter oil and change it so it doesn’t get too thin at high temperatures. Thus, it works in both summer and winter.

What Is An SAE Engine Oil Grade?

As the graph shows, the natural viscosity of oils isn’t enough to work well across a wide temperature range. Adding viscosity modifiers to the oil means it doesn’t get thin so quickly (relative to increasing the temperature).

The numbers are only relative to viscosity and flow rate. They aren’t actual measurements.

The lower the number, the less viscous the fluid is, and the faster it flows. That is, it’s “thinner”. 0W-20, then, is particularly “thin” for engine oil.

So, with all the related mechanical and scientific concepts explained, what is the difference between 0W-20 and 5W-20?

Using the information above, let’s break it down.

0W-20 has the viscosity of SAE 0 when cold and that of SAE 20 when at running temperature.

Comparatively, 5W-20 has the viscosity of SAE 5 at 0 degrees and SAE 20 at normal operating temperature.

You’ll notice that when an engine is running, 0W-20 and 5W-20 have the same viscosity (equivalent to SAE 20). Therefore, they do the same job as each other at operating temperatures.

The difference comes in at cold temperatures. 0W-20 is slightly less viscous than 5W-20 (equivalent to SAE 0 and SAE 5, respectively), meaning it’s thinner and flows easier.

This difference is tiny, although measurable. In summary, they’re almost exactly the same. 0W-20 will mean the car is slightly easier to start on cold mornings (vs. 5W-20). However, it might be too thin to efficiently coat the metal before the engine reaches its operating temperature.

Both of these oils are designed for modern cars with small, efficient, economical engines. They’re designed to flow easily. They can’t handle the excessive forces and temperatures found in larger engines. You can’t usually use them in vehicles such as classic American muscle cars or trucks.

The answer to this question lies in your vehicle handbook (also known as the owner’s manual).

In short, it depends on your car. Read the recommendations in your owner’s manual. It’ll tell you exactly which oil you must use (and there is often more than one option). Don’t deviate from those specific oils, and everything will be fine.

The reality is that there’s very little difference between 0W-20 and 5W-20, so you’ll probably get away with it. Probably. If you experience a particularly cold season, your car could really struggle. You might not, especially if the owner’s manual doesn’t recommend using 0W-20 instead.

If you decide to use 0W-20 instead of 5W-20 and your car develops problems, you’re most likely to notice them starting as the engine’s warming up.

That is, a few minutes after switching it on but before the needle reaches its normal position.

Take it back to a mechanic and have them change the oil for 5W-20 (or whatever the vehicle handbook recommends). The problem could be solved before it starts by simply obtaining the right oil the first time.

Watch the video in the next section to see the difference between 0W-30 and 5W-30 (and more oils) in the cold. It might be more than you think.

There are a few basic principles, like friction, viscosity, flow rates, and how VI improvers work. Learn them to be well on your way to grasping the difference between all engine oils.

If you’re considering 0W-20 vs. 5W-20 and wondering which is best for your car, ask the manufacturer (by reading your owner’s manual) – not the internet. It’ll tell you exactly which multi-grade oils to use. If you can’t find either 0W-20 or 5W-20 in it, you shouldn’t use them.

Your vehicle handbook might say you can use either of them. In this case, they’ll both be fine. However, given a choice, 0W-20 is marginally better for colder climates. In contrast, 5W-20 could make a positive difference if you live somewhere milder.

They just have marginally different jobs to do. 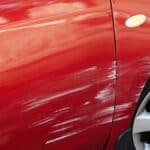